Sweden set to spring a surprise on hosts Holland 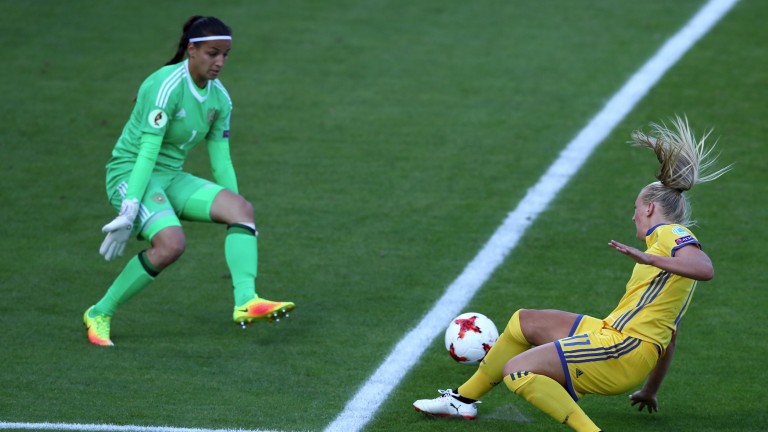 Germany have not performed anywhere near to expectations at Euro 2017 but they should ease through to the semi-finals by defeating Denmark in Rotterdam.

Despite taken seven points from nine in Group B, Germany have not been convincing in any of their matches.

They were held 0-0 by Sweden in their first match and were nowhere near as dominant as expected in the victories over Italy (2-1) and Russia (2-0).

However, Steffi Jones's side are churning out the results and they have landed a soft quarter-final draw against the Danes, who scored just two goals in their group matches.

Germany will need to improve if they are to retain the title but Denmark lack the firepower to pose them a serious test.

A surprise is on the cards in the other quarter-final between hosts Holland and Sweden in Doetinchem.

However, they face their toughest test of the tournament against Sweden (Fifa's ninth-ranked team) who are the first top-ten side they have come up against at Euro 2017.

Sweden signed off the group stage with a surprise 3-2 loss to Italy but showed their ability when holding Germany to a goalless draw in their first match.

The Swedes were silver medallists at the Rio Olympics in 2016 and often come to life when the knockout stages begin.

They are a potential contenders for the title and look a value bet to dump the Dutch out of the tournament without the need for extra-time.