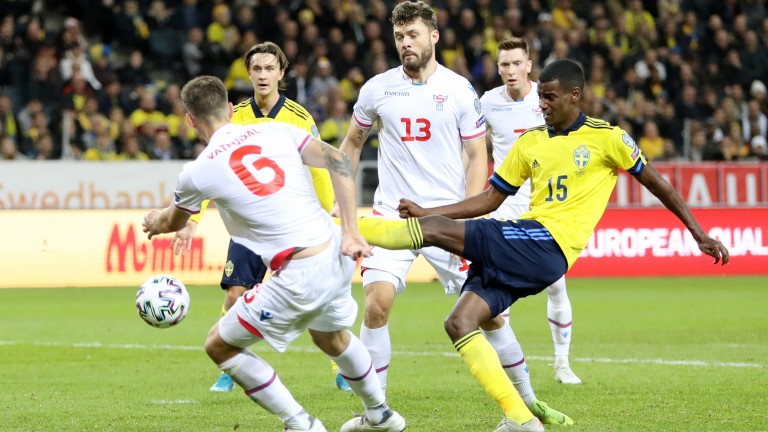 Tournament regulars Sweden are featuring in their sixth successive European Championship and there is plenty of optimism that they can eclipse their efforts of previous years.

The Swedes have been eliminated in the group stages in four of their last five tournament appearances and Euro 2016 was deemed a disaster as they crashed out with just one point from a section featuring Italy, Belgium and Republic of Ireland.

However, Sweden successfully navigated a path to the quarter-finals of the World Cup in Russia three years ago and a fairly convincing qualifying campaign suggests better may be yet to come.

Janne Andersson's men lost only one of their ten qualifiers, chasing home Group E rivals Spain and holding them to a 1-1 draw in Solna.

The Swedes made little impact in the Nations League as they suffered relegation from the top-flight but the opposition was fierce and they should be judged more on subsequent World Cup qualifying wins over Georgia (1-0) and Kosovo (3-0).

Zlatan Ibrahimovic, who had reversed his decision to retire internationally and was ready to end his five-year absence, has been starved of a fairytale return to the national squad due to injury.

But while the absence of their talismanic figure is a big blow, there is a new generation of Swedish stars bursting onto the scene.

With experienced midfielders Emil Forsberg and Robin Quaison both thriving in the Bundesliga with Leipzig and Mainz respectively and the evergreen Marcus Berg still amongst the goals at Krasnodar, they have the resources to cause plenty of problems in the final third for the opposition.

There are areas lacking quality, most notably in defence, but this is a tight-knit group not lacking for organisation and in Manchester United man Victor Lindelof they are at least armed with a first-class centre-back.

Manager - Janne Andersson: The 58-year-old has picked up the pieces since replacing Erik Hamren following a below-par Euro 2016 and his defensive-orientated tactics helped guide Sweden to the quarter-final of the 2018 World Cup. They topped a group featuring Mexico, South Korea and reigning champions Germany.

A much-respected coach, Andersson has also managed Halmstads BK, Orgryte IS and IFK Norrkoping, who he led to a surprise title triumph - their first Swedish Allsvenskan for 26 years - in 2015.

Prospects: Sweden defied the odds to top their World Cup group in Russia three years ago and they should be confident of sealing a direct place into the knockout stages.

Spain, just as they were in qualifying, may be too strong for Janne Andersson's men but they look the second best team in the section and finishing in the top-two spots would reward them with a winnable round of 16 tie. Another quarter-final is not beyond them.

Inside info - Lars Sivertsen, Nordic football expert: It's a real shame Ibrahimovic hasn't made it, not only because he is Ibra but I think he would been the perfect partner for Isak.

I am interested to see whether Henrik Larsson's son, Jordan, gets many minutes. It said a lot for his character that he was able to succeed in Russian football with Spartak Moscow this season.