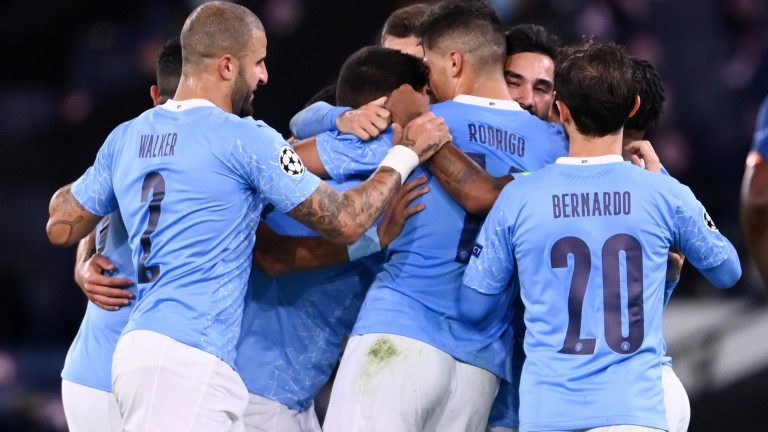 Manchester City take on Swansea in the FA Cup fifth round
Laurence Griffiths
1 of 1
By Liam Flin 5:00PM, FEB 9 2021

Free football tips, best bets and analysis for Swansea City v Manchester City in the fifth round of the FA Cup.

Swansea
New signing Paul Arriola could be in contention to start after joining on deadline day and Korey Smith could return after a quad injury. Liam Cullen is out with an ankle injury.

Premier League juggernauts Manchester City and Championship promotion hopefuls Swansea both boast the best defensive records in their divisions this term but trends can often go out of the window in the FA Cup.

Man City have kept 13 clean sheets in 22 matches in the top flight this season and that is largely down to the superb partnership of summer signing Ruben Dias and John Stones at centre-back.

But Pep Guardiola is expected to field a rotated rearguard for this FA Cup fifth-round tie and City could be more vulnerable at the back.

Swansea, meanwhile, have shipped only 15 goals in their 27 Championship assignments this campaign and pulled off one of the results of the season when they shut out league leaders Norwich in  a 2-0 win last time out.

They allowed the Canaries only one shot on target on that occasion and are in contention for an automatic promotion berth but Man City will represent a significant step up in quality for Steve Cooper's men.

Suggestions that the Manchester club have lost their edge in the attacking third this season were quashed when they ran out 4-1 winners against Premier League champions Liverpool at Anfield last time out.

They prevailed in that game despite key creative outlet Kevin De Bruyne and top striker Sergio Aguero missing out through injury, and their clash with Swansea at the Liberty Stadium could be a high-scoring affair.

Man City won 3-1 at Cheltenham in the last round of the FA Cup but were losing 1-0 until the 81st minute and although they are expected to get the better of Swansea, that result should remind Cooper's men they can at least get on the scoresheet.

The Swans have played delectable football at times this season and destroyed Nottingham Forest 5-1 in the previous round of the competition.

Liam Cullen, who bagged a brace in that match, is missing this time but Swansea still have plenty of players who can cause their Premier League opponents problems.

Conor Hourihane has added another dimension to their attacking play since arriving from Aston Villa on loan, forward-thinking midfielder Korey Smith could return to the fold and exciting loanee forward Paul Arriola, who has joined from MLS side DC United, could be in line for a first appearance.

Currently on a 14-game unbeaten run, City have a reputation for putting lower-league sides to the sword but they have conceded in four of their last seven FA Cup encounters against opponents outside the Premier League.

And with Swansea's confidence surely high after beating Norwich, they should be fancied to notch a consolation.

Swansea have scored at least twice in six of their last seven matches.