Swansea can sneak success in tussle of two in-form teams 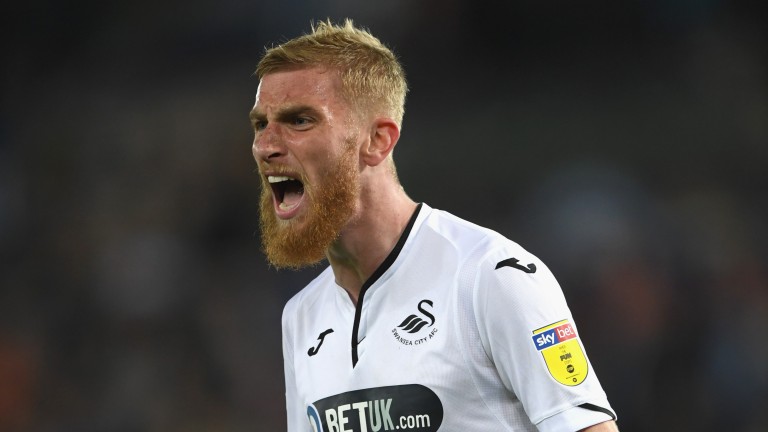 Swansea have lacked the consistency to force their way into the Sky Bet Championship playoffs but they are only four points off the top six and can register a third successive victory for the first time this season by beating Hull at the KCOM Stadium.

Hull have pulled away from the drop zone after a four-match unbeaten run.

However, five of Hull's six wins this season have come against teams in the bottom half and the exception -  a 1-0 success at home to West Brom in early November - was made easier by the opposition going through an injury crisis at the time.

The Tigers are improving and have lost just one of their last eight games, but Swansea are on the up too.

Mixed results and performances from the Swans earlier in the season were understandable because a succession of injuries made it difficult for manager Graham Potter to name a settled team.

Potter has used 28 players in the league but seems a lot closer to finding the right blend after bringing wingers Nathan Dyer and Wayne Routledge in from the cold.

Both started the recent wins away to Brentford (3-2) and at home to Sheffield Wednesday (2-1) and their extensive Premier League experience could make a difference this weekend.

Hull are also strong on the flanks with Jarrod Bowen and Kamil Grosicki playing key roles in recent successes.

But Nigel Adkins' side still concede plenty of goals – shipping two or more in four of their last six games – and their defensive vulnerability may hand the advantage to the visitors, who look a solid wager with the draw no bet.

Swansea
Mike van der Hoorn has recovered from a virus and Dan James (hamstring) is available but Tom Carroll (hip) is not quite ready.

Key stat
Swansea have scored in each of their last nine fixtures.