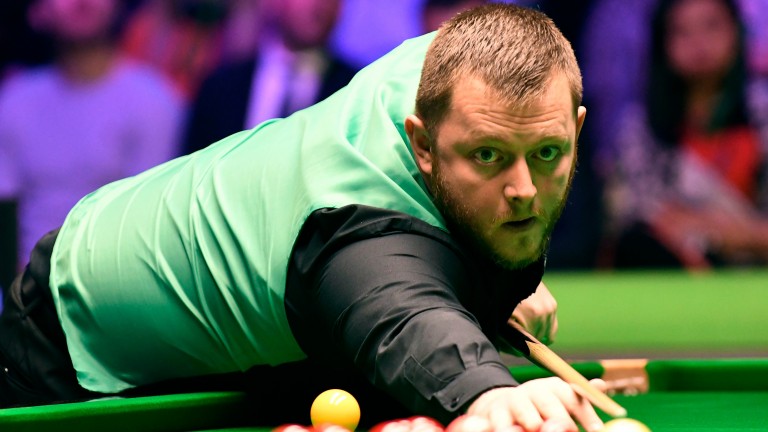 Mark Allen may have to toil for victory against in-form upstart Daniel Wells
George Wood
1 of 1
By Adrian Humphries 12:15PM, DEC 15 2018

Mark Allen is in good shape but Daniel Wells has been building up such a head of steam in the Scottish Open that he can be backed with a handicap start of 3.5 frames in their semi-final rumble in Glasgow.

It's best of 11 frames and with Wells having dropped just three frames in the course of dumping David Gilbert, Mark Joyce, Matthew Stevens and Ryan Day, the Welsh upstart - a 1,000-1 shot before the tournament started - could again make a nuisance of himself against Allen.

The Pistol, crowned International Championship king last month, was one of three favourites to oblige in the quarter-finals - Judd Trump takes on Shaun Murphy in Saturday evening's second semi - and this would appear to be a big chance for Allen to press on given his current confidence.

However, Wells has always had potential and Allen would do well to respect his opponent who is producing career-best snooker north of the border.

Murphy was a whopping 50-1 before the fourth and final Home Nations event started, but the Magician has belied those odds with some fine performances and breaks.

Trump has been displaying greater consistency in recent weeks, though, and could be difficult to beat. For anyone considering a punt, backing the match to last for over 9.5 frames at odds-against could be a decent option.