Superior skills give Ireland the edge over Aussies 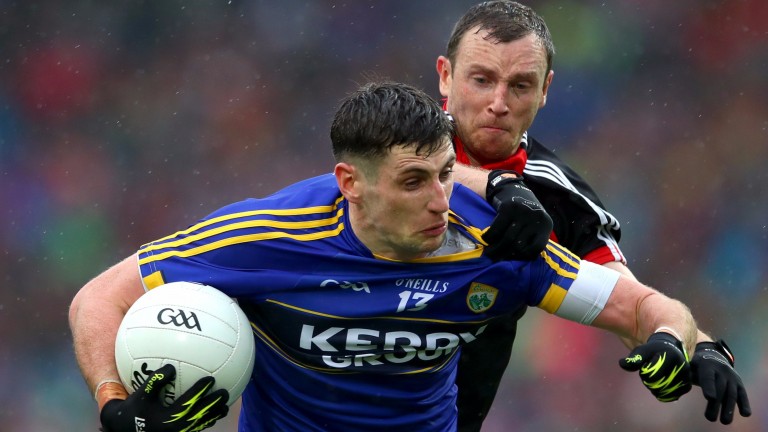 The International Rules returns to a two-test series for the first time since 2013, and the Adelaide Oval is the venue for the first of those.

One-off tests since then have resulted in narrow victories for Ireland in 2015, and Australia in 2014, with both teams winning on home soil, and Australia will be confident of repeating the dose.

While the hybrid game suits Australia in that sense, Ireland will expect to have the advantage on the ball, almost certainly having a better skillset with the round ball than their opponents.

Australia have named a star-studded squad, with four Premiership winners, but had their first session together on Thursday, so will undoubtedly take time to adjust to the game.

Ireland by contrast, have been conducting trials and training over the past number of weeks, and while no Dublin players have made themselves available, Joe Kernan has named a squad with a physical presence in defence and midfield, along with sharp-shooting forwards including Kerry’s Paul Geaney and Monaghan’s Conor McManus.

Geaney’s strength and ability to win his own ball was evident throughout the championship, and the All-Star will be key to Ireland’s success.

Ireland are sure to be out of the traps early and they will look to exploit their superior skills early on.

Australia will be counting on their ability to physically bully this Irish side, but captained by Aidan O’Shea, Ireland will be ready for the physical battle and that should tip the scales in their favour, especially in the first half.