Superior City should entertain the fans 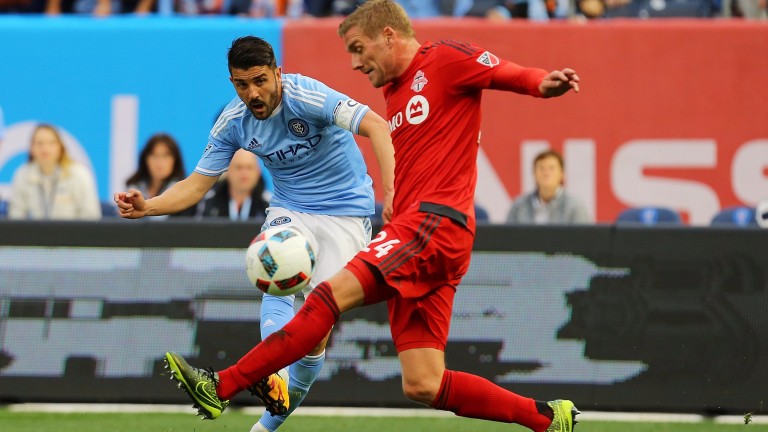 Eastern Conference highflyers New York City have responded well to July’s 4-0 thumping at leaders Toronto – dropping just two points from their last five league matches – and they can extend their unbeaten run with victory over Portland Timbers at the Yankee Stadium.

Like many sides in the MLS, City are a formidable force on their own patch and Patrick Vieira’s charges have lost just one of their 14 home league matches this season.

A 2-1 defeat at the hands of Orlando in April is their sole home upset and since then the buoyant Bronx Blues have been held only twice in ten games.

Visiting opposition often struggle to keep tabs on City’s lively duo of David Villa, who has scored 13 of his 19 league goals on home soil, and English-born midfielder Jack Harrison.

And together they should get plenty of chances to trouble a Timbers rearguard which has shipped 14 goals in their last seven road trips.

Caleb Porter’s visitors have won only one of their last 11 away league matches and a 4-1 hiding at Toronto last month shows how vulnerable they can be against top-class opposition.

However, Portland have netted in their last seven away matches, while City have kept just two home clean sheets, and the visitors may grab a consolation.