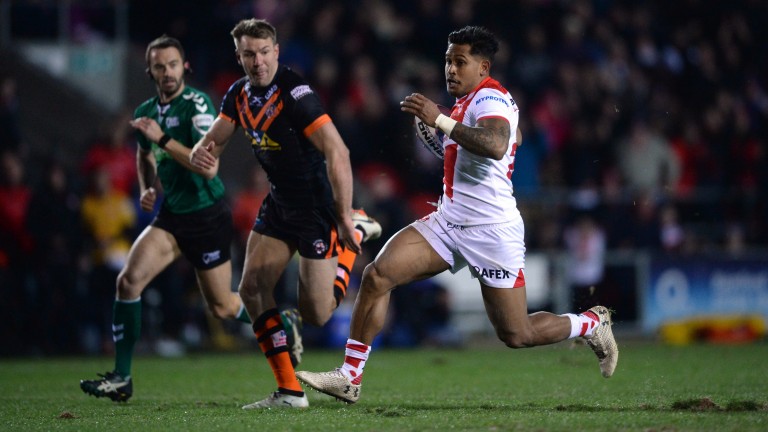 St Helens have been the headline act in this Betfred Super League season and Justin Holbrook’s team can stretch their lead at the top of the table to four points with a win at Salford.

The Red Devils are quietly going about their business under the astute coaching of Ian Watson and are looking for a hat-trick of victories after defeating Wakefield and Huddersfield in the last fortnight.

Salford haven’t won three games on the spin since last May and bookmakers are prepared to offer 7-2 about them achieving that feat.

The Red Devils' sole priority this season is to avoid a bottom-four finish and after losing top players such as Michael Dobson, Ben Murdoch-Masila and Gareth O’Brien, their current seventh-placed status is more than satisfactory.

So is their home record of four wins in six matches, but significantly the two losses came at the hands of top-three teams Wigan and Warrington.

Saints have Zeb Taia and Mark Percival returning from injury and suspension but are still missing all-action hooker James Roby.

The leaders have won five of their six away fixtures.

The only loss came 24-20 at Wakefield when St Helens left their fightback too late having slipped behind 22-6 early on.

They bounced back by thrashing Huddersfield 66-4 at home last time out and should build on that victory.

Salford’s home losses to the Wolves and Warriors came by 16 and 28 points, while four of St Helens' away wins this season came by more than the 12-point handicap line for this match.

Betway offer 21-20 about the visitors getting home by 13 or more and that looks worth taking.

The Australian has won the individual honours three times in five televised appearances and even those cramped odds could look terrific value later on.