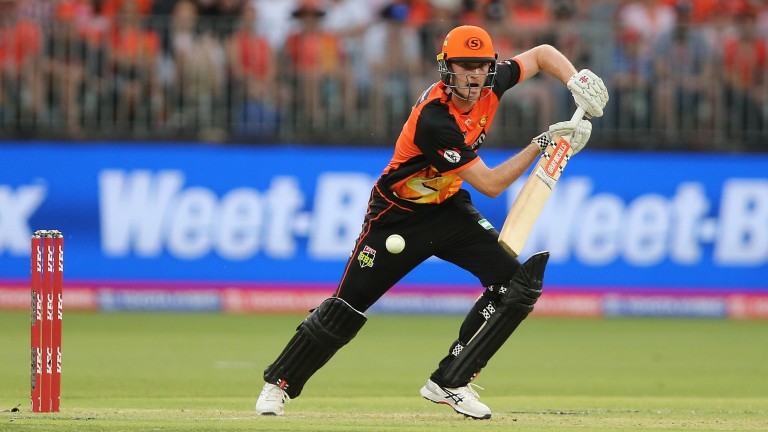 Perth Scorchers have one win in six Big Bash encounters but bookmakers fancy them to cause an upset when they visit the MCG to face Melbourne.

The Stars are missing key personnel for the clash, with Glenn Maxwell, Marcus Stoinis, Peter Handscomb and Adam Zampa being called up to the Australia side to face India in the upcoming ODI series.

The out-of-sorts Scorchers are odds-on to break their three-match losing run and in-form skipper Ashton Turner can impress at the crease.

With opener Michael Klinger and wicket-keeper Cameron Bancroft failing to score consistently, Turner has been able to chalk up some big totals lower down the order.

He is the fifth-highest scorer in the division with 197 runs, having fallen three short of a half-century against Brisbane Heat last time out after admirable innings against the Sixers (49) and the Strikers (24).

The right-handed batsman blew away Sydney Thunder with an unbeaten 60 in Perth’s last away trip and should fancy his chances of extending that form against a Melbourne side short of bowling options.

FIRST PUBLISHED 4:00PM, JAN 8 2019
The right-handed batsman blew away Sydney Thunder with an unbeaten 60 in Perth?s last away trip