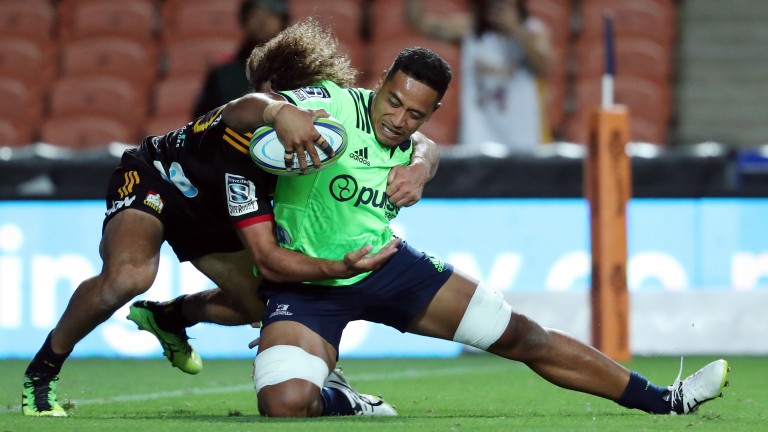 Highlanders flanker Shannon Frizell scores his try against the Chiefs in Hamilton
Getty Images
1 of 1
By Max Oram 9:17PM, FEB 21 2019

The Highlanders are expected to build on their 30-27 round-one success at the Chiefs with an easy triumph at the Dunedin fortress over the Reds.

The Queenslanders, who get a 21-point start in places, had a bye last week so while the legendary Brad Thorn has had a summer to reorganise after a much-disrupted first campaign at the helm, the new combinations are not road-tested in the heat of battle.

And there are currently few more gruelling arenas than the Forsyth-Barr Stadium where the 'Landers have prevailed in 12 of their last 13 outings, seven by 13 points or more.

On their last visit to the tip of the south island two years ago, the Reds were walloped 40-17 and last season they lost seven of their eight away games, conceding 37 points or more on six occasions, and have not won in New Zealand for 12 visits.

The best-value bet looks to be dynamic home flanker Shannon Frizell to score a try at 6-4. Frizell scored the 'Landers second try in Hamilton last Friday after a domineering effort off the bench and he crossed five times in his rookie Super Rugby campaign, including a hat-trick against the Blues, during which he won a first All Blacks cap against France in June.

He played three more Tests in 2018, dotting down against Argentina in Nelson.

FIRST PUBLISHED 9:17PM, FEB 21 2019
Frizell scored the 'Landers second try in Hamilton last Friday after a domineering effort off the bench and crossed five times in his rookie campaign