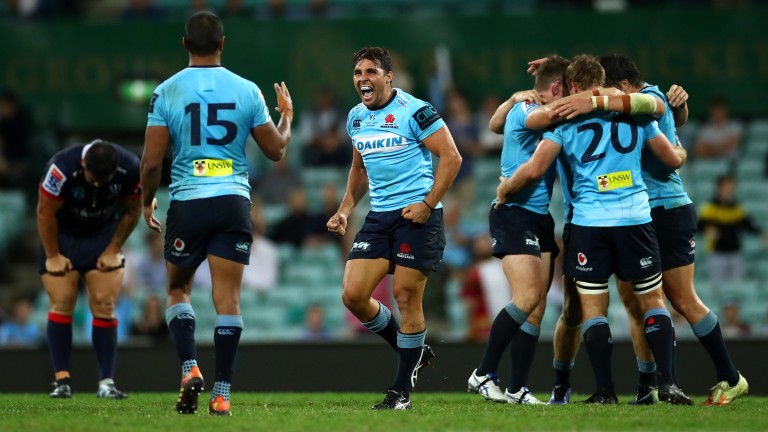 Bookmakers make the Crusaders the narrowest of favourites but after their storming success over the Waratahs last week and with a host of internationals back in the side, they should have too much for the Chiefs.

The Chiefs switched this fixture to Fiji last year and won 40-27 - their first win in six meetings - but the Crusaders rested a lot of players with a final home fixture to come before the playoffs.

The Chiefs have All Black fly-half Aaron Cruden back in the number ten shirt while the Crusaders are without Richie Mo’unga.

But they fell behind to the Blues in their opening fixture and the Crusaders are unlikely to allow them back into it.

The Blues have had the better of this fixture of late, winning the last four meetings, but judging by last week's performance the Waratahs are better placed to gain a first win of the season.

The Blues were overturned by the Chiefs having led 19-5 at half-time and All Blacks winger Rieko Ioane, who scored two of their tries, is out with a hand injury while first-choice fly-half Otere Black is still also sidelined.

The Tahs have a new tryscoring star in Mark Nawaqanitawase, who also scored twice in defeat to champions the Crusaders last week.

There have been 31 tries in the last four encounters between these sides.

Three-time runners-up going into last season, the Lions came down with a bump, finishing outside the playoffs, and they got off to a poor start this year with a heavy defeat to Los Jaguares.

They still won five of their eight home matches last year and there will surely be a backlash from that 38-8 humbling in Buenos Aires.

The Reds put up a strong fight in their 27-24 defeat to the Brumbies last week, and can stay close to a Lions side who will probably look to get the basics right and stick to a pragmatic gameplan.

Seven of the Reds' ten defeats last season were by fewer than 12 points.

A strong Stormers outfit were hugely impressive in a 27-0 victory over the Hurricanes last week but they will need to be up to the mark again to overcome the Bulls.

The Bulls lost so many big-name players in the off-season, particularly in the pack, but they still put up a powerful showing in their opening fixture, and it took a crazy try in the dying minutes to set a seal on a 23-15 defeat to the Sharks.

Experienced fly-half Morne Steyn, brought back to replace Springbok Handre Pollard, kicked all the points and they can put up another obdurate display.

The Stormers, who are without captain Siya Kolisi and hooker Bongi Mbonambi, won this fixture by a single point last year and it could be close again.

The Stormers have won their last eight clashes with the Bulls in Cape Town.

These teams have met only three times in Super Rugby and Los Jaguares claimed their first victory in Wellington last season on their road to the final.

The Argentinian outfit started with a bang last week, crushing the Lions 38-8, while the Canes suffered a 27-0 drubbing to the Stormers.

Hurricanes fly-half Fletcher Smith has paid the price for that heavy defeat and is replaced by Jackson Garden-Bachop, and given their heavy travel schedule the Hurricanes have had little time to address their shortcomings and adapt to a switch of playmaker.

The hosts look strong favourites and can cover a six-point line.

Los Jaguares have won their last seven home matches, and four of the last five by a double-figure margin.