Reds can play their part in showdown with champion Crusaders 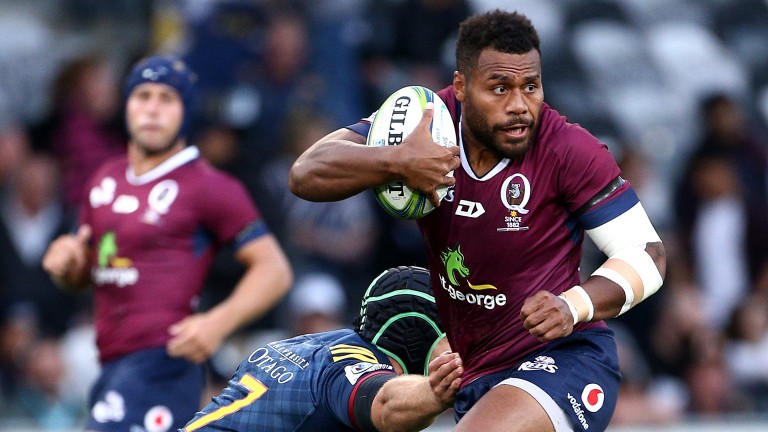 The Queensland Reds ran in four tries against the Highlanders in round two
Dianne Manson
1 of 1
By Graham Woods UPDATED 3:42AM, MAR 2 2019

Defending champions the Canterbury Crusaders have made five changes to their line-up to face the Queensland Reds and are 13-point favourites to keep up their winning run in Brisbane.

The Reds played their opening match of the campaign last week in round two and despite a bit of early-season rust they played a full a full part in a 36-31 defeat to the Highlanders in New Zealand.

Teenager Jordan Petaia caught the eye with his performance in the Reds midfield and he looks worth backing to claim a try that his enterprising running and ambition deserves.

The Waikato Chiefs have suffered back-to-back defeats to open their campaign, including an eight-try humbling at the Brumbies last week, but the boot should be on the other foot at home to the Sunwolves.

The Sunwolves won just three matches last year, all at home, were routed 61-10 by the Chiefs in Tokyo, and are yet to get off the mark this year.

The Chiefs have made seven changes to their side after the bashing at the Brumbies but look ready to make a big statement following that defeat.

FIRST PUBLISHED 12:22PM, MAR 1 2019
The Sunwolves won just three matches last year, all at home, were routed 61-10 by the Chiefs in Tokyo, and are yet to get off the mark this year