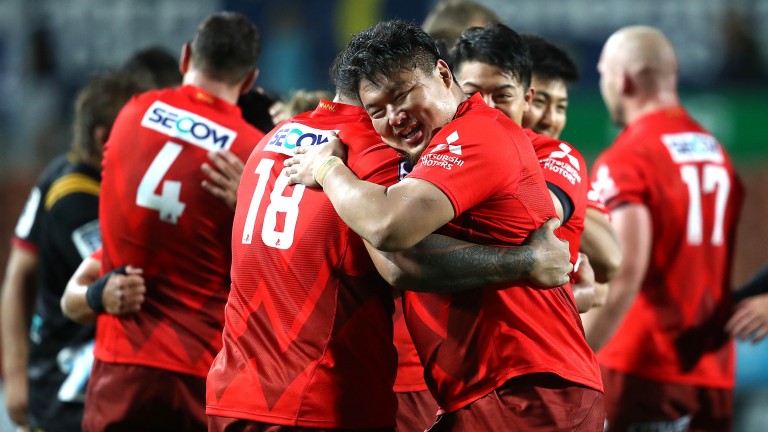 The Sunwolves are to be axed from Super Rugby in 2021 but while they're still up and running they can make their presence felt against the Lions.

After a heavy defeat in round one, the Sunwolves have been involved in three narrow losses and plundered a victory against the Chiefs in Hamilton.

The Lions have never played the Sunwolves in Singapore, but after hammering them at home two years ago they won by just two points in Johannesburg last year.

The champion Crusaders are again the team to beat with four wins out of four - the only perfect record after five rounds.

Last week's match with the Highlanders was called off following the Christchurch shootings and they head to Sydney to face a Waratahs side who have been tough to break down.

Both sides are fairly settled, although Brett Cameron replaces Richie Mo’unga at fly-half for the Crusaders, and the New Zealand outfit look primed to carve out a fourth successive victory over the Tahs.

The Hurricanes are keeping pace with Crusaders at the top of the standings but were frustrated to drop points against the winless Chiefs  last weekend in a 23-23 draw.

The Canes are without some key names as hooker Dane Coles, scrum-half TJ Perenara and Ngani Laumape are all unavailable but remain 13-point favourites against the Stormers, who have won their last three but are yet to play outside South Africa.

Losing the tryscoring edge of Laumape and Coles is a blow for the Hurricanes, but last year’s top try-scorer Ben Lam returns and looks the best bet to get on the scoresheet in what could be a high-scoring game.

Recommendation
B Lam to score a try
1pt 5-6 Betfair