Survival of the fittest in British rugby league's premier competition 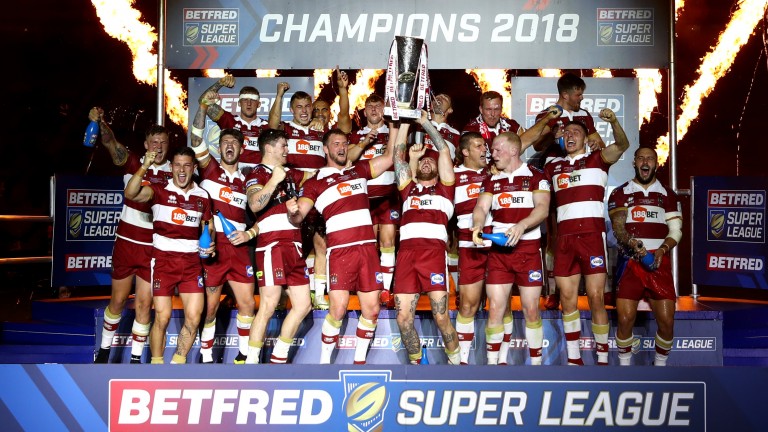 The head honchos at Super League HQ have never been afraid to make changes in an attempt to improve their product and the forthcoming 2019 season will be no different with several new rules coming in to play.

The competition prides itself on its intensity, relentlessness and integrity and the new rules and laws are intended to highlight and enhance these features.

Here's a run down of what is new in the rulebook and what kind of impact the three main new rules could make.

Matches that are level after 80 minutes will be decided by golden-point extra-time consisting of two five-minute periods.

If the game is still level at the end of the additional ten minutes then the match will finish as a draw with each team awarded a point.

The shot clocks installed at each of the 12 grounds will be a visible and pivotal part of the process of reducing the number and length of stoppages, ensuring more action with the ball in play and reduce the opportunity to waste time.

Teams will be penalised if they fail to beat the shot clock for scrums (35 seconds) or drop-outs (30 seconds) - while sanctions will also be introduced to ensure that no more than 80 seconds of match time is used up by each kick at goal.

Coaches will be able to make only eight interchanges during the course of a match instead of the ten that had been allowed previously.

This will place an emphasis on players to be even fitter and reward those who have energy left in the tank in the later stages of a game thus increasing the chances of an exciting finish to a fixture when fatigue starts to set in.

Super League chief executive Robert Elstone said: "The changes to our rules and laws are there to highlight what's different and special about Super League.

"Our competition will get faster, more intense and more dramatic. They will provide our players with an even better platform to show fans their outstanding athleticism, courage and skill.

"There's a growing frustration across sport with time-wasting, gamesmanship and a lack of transparency and integrity in time-keeping. We listened to our supporters and commentators, and the changes are focused on emphasising our sport's key attributes of intensity, relentlessness and integrity."