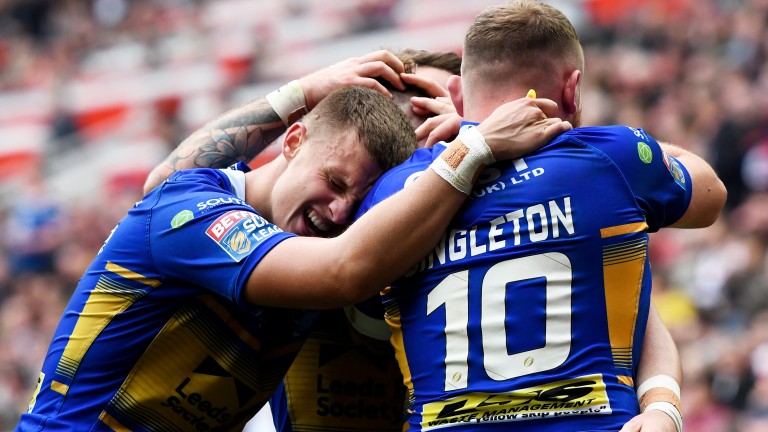 There is a feast of Sunday afternoon action for rugby league followers to get involved in this week as round 23 of the Betfred Super League concludes with four clashes, two of which could have a major bearing at the bottom of the table.

London Broncos prop up the standings, trailing the field by two points heading into Sunday and, on paper at least, they have the toughest assignment at home to runaway leaders St Helens.

However, Saints boss Justin Holbrook has said he could rest up to nine first-team regulars for the trip to the the capital, which could be enough for the Broncos to repeat last month's 23-22 home win over the leaders and move level on points with Leeds and Hull KR.

Leeds are also in action on Sunday, at home to third-placed Hull.

The Rhinos' recent revival came to an end with last week's home defeat to Hull KR but they have shown enough in wins over Catalans and Castleford to suggest they are heading in the right direction under temporary boss Richard Agar.

Hull have been something of an enigma this season, brilliant one week and woeful the next. The absence of their mercurial stand-off Albert Kelly for the trip to Headingley is another headache for Airlie Birds coach Lee Radford.