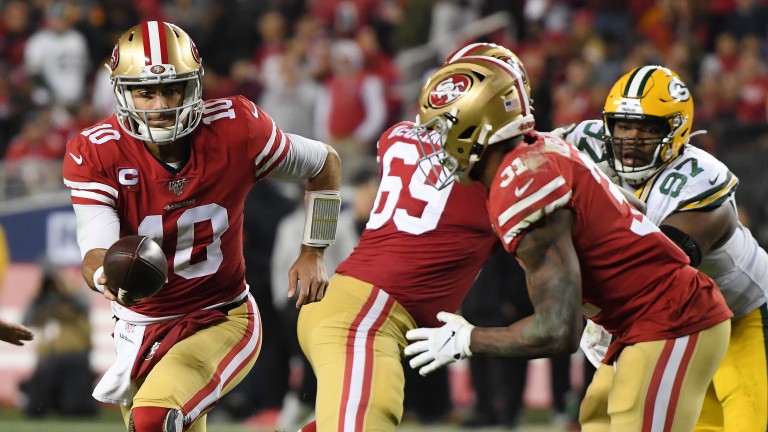 There are thousands of markets available on Super Bowl LIV in Miami between the Kansas City Chiefs and the San Francisco 49ers. Here are a few that stand out as excellent betting opportunities.

San Francisco quarterback Jimmy Garoppolo attempted just eight passes in their 37-20 NFC Championship victory over Green Bay as the 49ers running attack powered them to victory, and although that number will almost certainly increase for this game it should still be below 30.

Only twice in his last eight games has Garoppolo attempted 30 or more passes, with his talented group of running backs regularly able to lead the offensive effort.

Kansas City were able to pacify Tennessee's star rusher Derrick Henry last time out and as a result of their dominance opposing quarterbacks have been forced to throw the ball more often. Opponents have thrown the ball more than 30 times in the Chiefs’ last six games.

But the 49ers posted the second-most rushing yards in the regular season and head coach Kyle Shanahan is unlikely to waver from the game plan which took them to the Super Bowl.

Garoppolo ranked 19th for passing attempts in the regular season, and is worth backing to keep his throwing to a minimum.

Mecole Hardman has produced some dazzling runs as Kansas City’s kick returner but he could be on the receiving end of some love from Patrick Mahomes.

Chiefs wide-out Tyreek Hill is likely to be covered closely by cornerback Richard Sherman, while top tight end Travis Kelce has been a danger all year and is also likely to be accounted for by Kyle Shanahan’s defence. 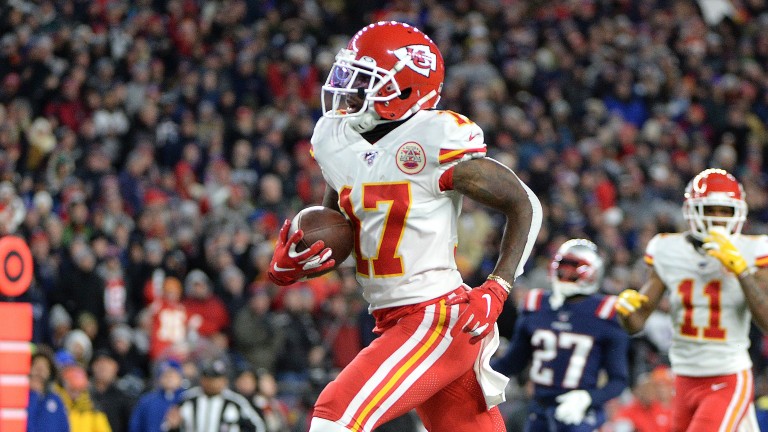 That could open the door to Mahomes turning to one of his less exposed receivers, and Hardman has gradually seen his role increase. He had four targets against Houston and was on the field for 40 per cent of their offensive snaps against Tennessee.

He has had two or more receptions in nine of the 15 games he has played on offence and can leave his mark on the Super Bowl.

Kansas City and San Francisco were the second-highest points scorers in their respective divisions, but this may not be the epic shootout some fans expect.

Last year’s Super Bowl between the Patriots and the Rams, which finished 13-3, highlighted how even red-hot offences can stagnate on the big occasions.

While the Chiefs have been scoring for fun in the playoffs they hit the 30-point mark in just four of their last 12 games of the regular season, and getting scores against this 49ers defence will be no walk in the park.

Neither team reached 30 points in six of the last 12 Super Bowls and at odds-against it is worth a small wager on it happening again. 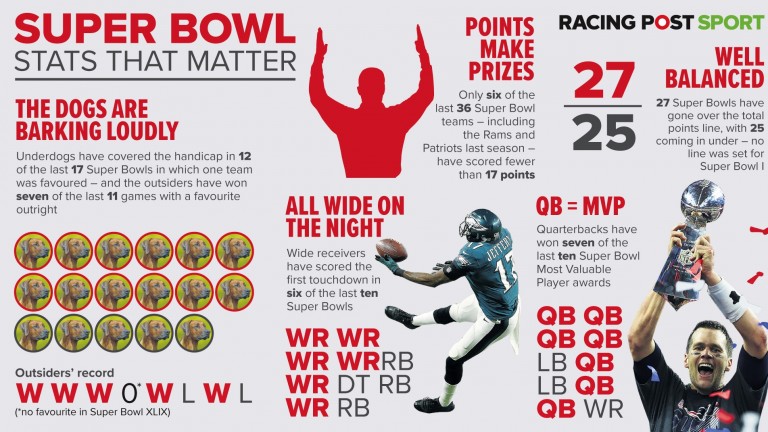 Kansas City’s defensive end Frank Clark has been a serious force all season long and should make his presence felt against the 49ers.

Clark has registered the most sacks of any player in the playoffs with four and has nailed the quarterback at least once in eight of his last ten games.

San Francisco's reliance on their running game could limit Clark’s opportunities to get to Garoppolo but the signal-caller was sacked 36 times in the regular season, and the Niners offensive line will also have their hands full attempting to contain Chris Jones and Terrell Suggs.

FIRST PUBLISHED 4:33PM, FEB 1 2020
Garoppolo ranked 19th for passing attempts in the regular season, and is worth backing to keep his throwing to a minimum