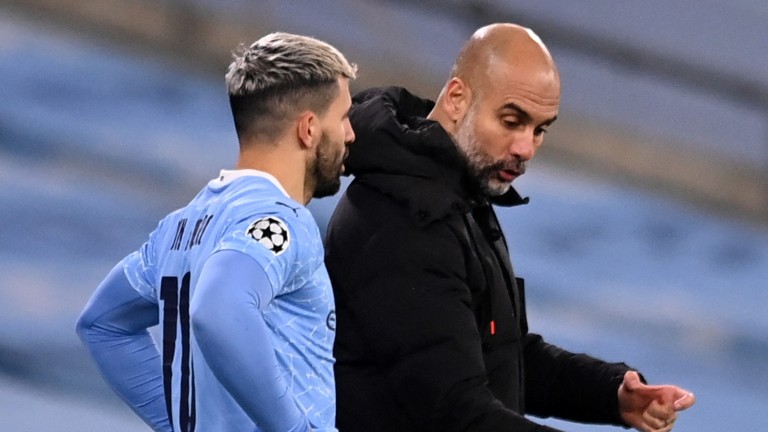 Sergio Aguero could make his last Premier League appearance on Sunday
Laurence Griffiths
1 of 1
By Dan Childs 4:55PM, MAY 20 2021

Six Premier League games are featured in Sunday's Super 6 competition where £250,000 is up for grabs in the free-to-play game.

Below Racing Post expert Dan Childs assesses the action with predictions on all of the matches.

Click here to back all our match predictions with Sky Bet. The six-fold pays over 30-1

Arsenal have reached the final day of the season with a chance of securing European football and they can make it four wins on the bounce at the expense of Brighton, who have taken just one point from their last four away games.

Chelsea swiftly overcame their FA Cup final disappointment by defeating Leicester on Tuesday and can wrap up a top-four finish with a victory over Aston Villa, who will take 11th place irrespective of the outcome.

Leicester can look back on their maiden FA Cup final success with immense pride but their top-four push has faltered and the final blow could be dealt by Tottenham, who need a win to make sure of some form of European football.

Liverpool's title defence crumbled after a sequence of dismal home results between January and March but the return of supporters can help them sweep aside Crystal Palace and make sure of a place in next season's Champions League.

Manchester City have not been at their best in recent weeks but Pep Guardiola will be looking for a positive build-up to next Saturday's Champions League final. His team should be far too strong for inconsistent Everton, who have not won back-to-back games since early March.

Ole Gunnar Solskjaer is unlikely to risk his first-choice players just three days before the Europa League final and an under-strength Manchester United side could be heading for defeat against Wolves, who will be keen to impress in front of their returning home fans.