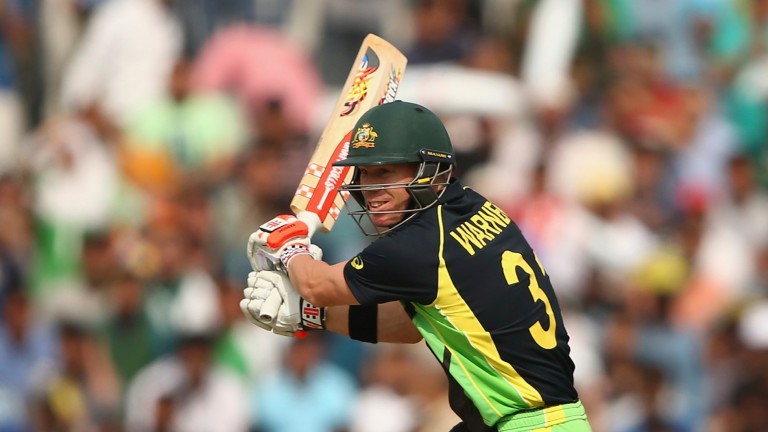 With the IPL playoffs looming large on the horizon three teams appear locked in a battled for fourth position and the final playoff berth that goes with it.

Two of the trio currently on ten points, Sunrisers Hyderabad and Kings XI Punjab, lock horns at the Rajiv Gandhi International Stadium on Monday but neither are in great form.

Kings XI have won just one of their last five while Hyderabad have fared only marginally better in the same period with one more win in that time than their rivals.

Hyderabad are favourites to triumph and if they can build on their customary fast starts with the bat then that looks justified.

The Sunrisers' Aussie opener David Warner is the highest runscorer in the competition with 611 runs to his name, some 160 clear of second-placed Shikhar Dhawan.

His prolific opening partnership with Jonny Bairstow (445 runs) has now ended with the England man returning home but Martin Guptill is a very able deputy at the top of the order.

Middle-order frailties have cost them on a number of occasions this season so rather than back them to win the match it may be wiser to bank on Warner and whoever his opening partner is to outscore their Kings XI counterparts.

Punjab have plenty of firepower themselves at the top of the order in the form of KL Rahul and Chris Gayle but they could be outgunned on this occasion.