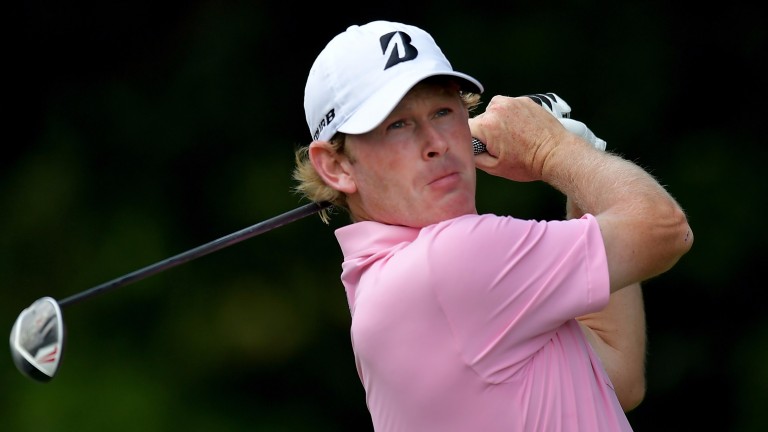 Brandt Snedeker has taken a firm grip of the Safeway Open after two rounds at the Silverado Resort, California, the ante-post 22-1 chance reaching 13 under par through 36 holes.

Snedeker, a nine-time US Tour champion and the 2012 FedEx Cup winner, won the Wyndham Championship at the end of August and has carried that form to the Golden State.

Rounds of 66 and 65 have left Snedeker three shots clear at the halfway stage of the Safeway. Four of his US Tour titles have come in California, so he loves performing in this part of the States.

The leader dominates the betting, with Sky Bet offering a standout 7-4 and plenty of layers not prepared to offer anything bigger than 6-4. With a recent victory under his belt, the pacesetter could be difficult to catch. Some strong breezes are forecast for Sunday, but Snedeker has never had a problem in the wind.

Sungjae Im, hugely impressive on the Web.com Tour this year, is only four shots behind Snedeker and is a 25-1 chance worth considering for punters looking to take on the favourite with some each-way value.

The 20-year-old Korean has won twice this year, has finished runner-up three times, and is a course debutant who should improve as the week wears on.

Ante-post market leader, Patrick Cantlay, is still in contention from six shots behind, but the Californian needs some weekend fireworks if he is to claim some home-state glory.

Defending champion Brendan Steele – chasing a third consecutive Silverado success – is one shot behind Cantlay. Emiliano Grillo is on the same score and will be looking to make a Saturday charge.

Third-round threeball punters are pointed towards Im, who should be a short-price favourite for the 8.10pm (UK and Ireland) contest against Adam Schenk and Peter Malnati, while Grillo, who had his ball on a string for most of round two and could have posted a round in the low 60s, is a solid option for his 7.10pm match against Bill Haas and Tyrone Van Aswegen.

Grillo missed six putts of ten-feet or shorter, including a gutbusting three-putt from seven feet at the eighth. The sweet-swinging Argentinian should set up another bevy of birdie chances.