Real Sociedad can stay hot on the road 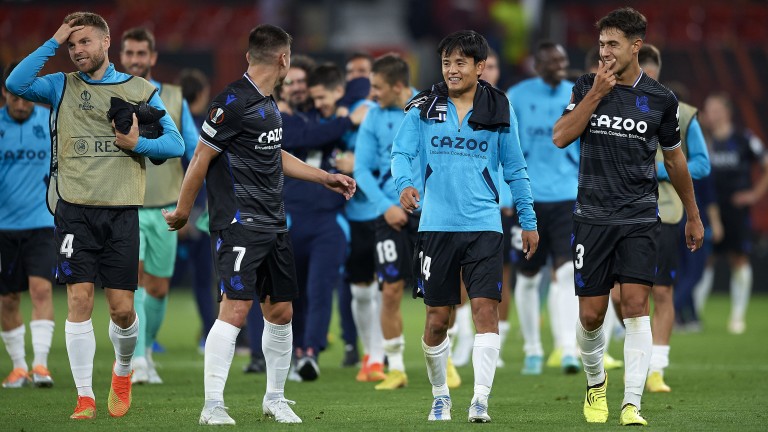 Best bets and predictions for Sunday's matches in the Serie A, La Liga and Ligue 1.

Even at this early stage Elche look set for a season of struggle in La Liga and their troubled start may continue with a home defeat to Athletic Bilbao.

Elche finished 13th in La Liga last term - only four points clear of danger after losing six of their final nine games - and they have continued this new campaign where they left off.

Francisco Rodriguez’s side have collected just one point from their opening four fixtures and that came in a 1-1 draw at home to promoted Almeria.

Otherwise, Elche have failed to score in losses to Real Betis, Real Sociedad and Villarreal, conceding eight times along the way.

Athletic Bilbao suffered a shock 1-0 defeat at home to Espanyol last weekend but they dominated the shot count 13 to six and on a different day may have profited from those chances.

Prior to that, the Basque side had taken seven points from three games, building on a goalless draw with Mallorca with wins to nil over Valencia and Cadiz.

Combine the hosts’ goalscoring woes with the visitors’ defensive discipline and the case for backing Bilbao is a compelling one.

Real Sociedad have made a perfect start on their travels this season and Imanol Alguacil’s side can record another awayday success at Getafe.

The San Sebastian side have won their opening two La Liga away games 1-0 against Elche and Cadiz and on Thursday followed up with another gritty success by the same scoreline in their Europa League opener against Manchester United at Old Trafford.

La Real have responded positively to Alexander Isak’s move to Newcastle and early evidence suggests they ought to be too classy for a Getafe side who have been leaking goals too freely.

While the visitors have taken seven points from four games, Getafe have only a point to show for their efforts and they must pick themselves up from last weekend’s 5-1 hiding at Valencia.

Quique Sanchez Flores’s side have also conceded three goals in defeats to Atletico Madrid and Girona this season and must be fearing the worst against Real Sociedad, who make plenty of appeal at odds-against.

Lazio and Verona shared the spoils in a six-goal thriller at the Stadio Olimpico on the final day of last season and there should be plenty more drama when they renew their rivalry in the Italian capital on Sunday.

Both teams have scored in all three of Lazio’s home league games this season and at least three goals netted, while they were also emphatic 4-2 winners when hosting Eredivisie outfit Feyenoord in the Europa League on Thursday.

Verona are not yet living up to last season’s ninth-place finish but they got off the mark at the fifth time of asking with last weekend’s 2-1 win at home to Sampdoria, which should have restored some confidence.

Even so, Verona have no problem locating the opposition's net and both teams have scored in nine of their last 11 Serie A matches, so expect them to play their part in another lively encounter in Rome.

Goals have been the order of the day in Montpellier’s Ligue 1 matches and the high-scoring trend should continue at Angers.

Montpellier’s six league games have featured a whopping 28 goals and although their 7-0 thrashing of Brest may have played its part, with 12 goals conceded the excitement isn’t solely down to their attack.

Angers have also been involved in plenty of entertaining affairs as they possess the division’s worst defence with 17 goals conceded.

However, the hosts have scored in four of their six games this season and and their last five fixtures have all rewarded backers of over 2.5 goals.