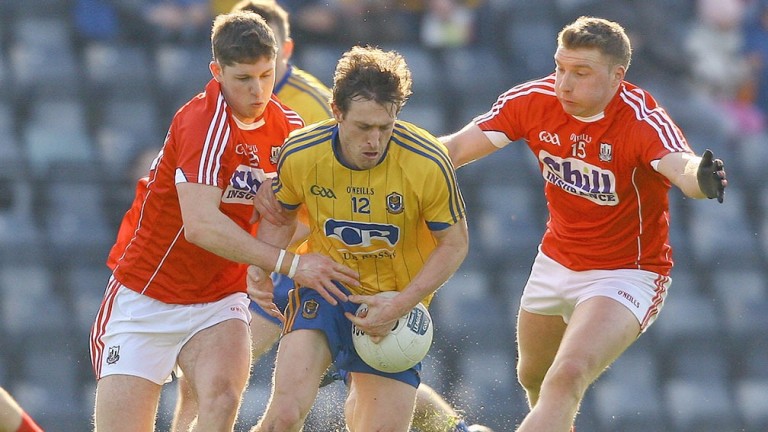 This clash is a repeat of last year's All-Ireland final and many believe these sides will fight out this year's decider too, so expect a cagey bout.

Tyrone manager Mickey Harte has made 15 changes to the side that dug deep to see off Cork a fortnight ago, while Jim Gavin has also chosen round three of the Super 8s to give his fringe players a run.

What this game will come down to is who has the deeper squad and that must be Dublin. They can call Cormac Costello back into the starting line-up and hand Eoghan O'Gara and Kevin McManamon their first starts of the season.

Not only that but Gavin has taken no chances in the goalkeeping position with Stephen Cluxton keeping the number one jersey and the presence of Philly McMahon, Johnny Cooper, James McCarthy and Brian Fenton ensures some stability in the Dublin side.

The same cannot be said of Tyrone where it is good to see Padraig Hampsey and Tiernan McCann come back into the side but it is effectively a complete second-string team that Harte has named for the visit of the All-Ireland champions.

Kyle Coney has been out of favour, as has Richard Donnelly, and it is hard to see Tyrone getting enough scores to keep in touch with Dublin.

Surely McCarthy and Fenton should easily win their midfield battle with Ben McDonnell and Declan McClure and at the back the inclusion of Rory O'Carroll and the classy Eoin Murchan hardly weakens the side.

We might also get a belated glimpse of Diarmuid Connolly and he will be keen to make an instant impression given his troubles over the last few years.

It is hard to envisage anything other than a comfortable Dublin win and they could triumph by a double-digit margin.

One wager which appeals is for Dublin to be the only team to score a goal. They have kept a clean sheet in four of their five outings and a weakened Tyrone attack could struggle to find the net.

If bookmakers priced up this contest a few months ago, Roscommon would have been strong favourites.

Yet, despite beating Mayo and Galway on their way to winning the Connacht title, they find themselves 11-5 outsiders to beat a Cork side who were relegated to Division 3 of the league this spring and have been beaten by Kerry, Dublin and Tyrone in their last three outings.

Of course, three defeats on the trot does not tell the full story and Cork have been rejuvenated this summer. They gave Kerry a mighty scare in the Munster final, played brilliantly for long periods against Dublin and outplayed Tyrone in the first half of their encounter a fortnight ago.

But now they have nothing to play for as Tyrone and Dublin have already booked their tickets to the All-Ireland semi-finals from Group 2 of the Super 8s and we may not see the same level of energy and effort from Cork this time.

Roscommon will give everything. They will not want to end their second appearance in the Super 8s with a blank. This is a much bigger game for the Rossies than for Cork.

Cork put up a much better showing against Dublin than Roscommon did, but Anthony Cunningham's men were reduced to 14 in the early stages and chasing Dublin around Croke Park a man short is not a particularly enjoyable experience. They deserve admiration for kicking 14 points and preventing an embarrassing score.

Cunningham has some key players back for the trip to Pairc Ui Rinn and the Roscommon attack looks strong. Cathal Cregg, Niall Kilroy, Enda Smith and Conor Cox have all been named in the starting line-up and and their odds look too big.

There appears to be a recency bias attached to the prices but if you take out Roscommon's heavy defeat to Dublin their form is solid. They kept tabs on Tyrone for long periods and showed terrific character to take the Connacht title. That never-say-die attitude could be the difference between the teams.

As well as getting on Roscommon to win in 70 minutes, it could be worth having a nibble on them winning by four points or more. The banker bet looks to be under 21.5 Cork points.