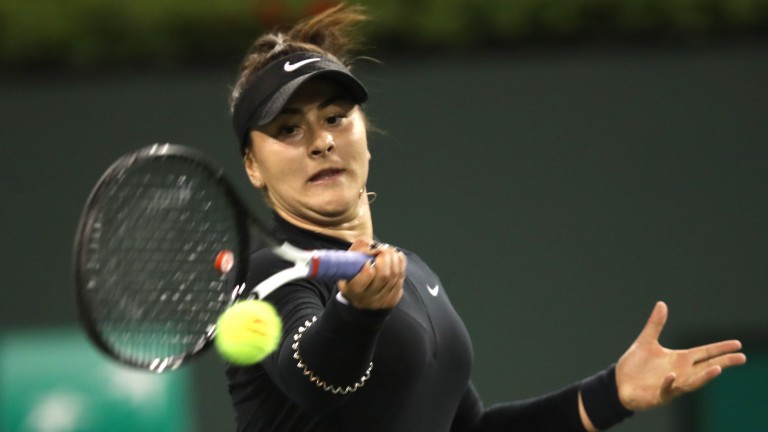 Bianca Andreescu is the first wild-card to reach a singles final at Indian Wells
Sean M. Haffey
1 of 1
By Adrian Humphries UPDATED 11:45AM, MAR 17 2019

But while the Canadian is already one of the hits of the season, Andreescu may find Angelique Kerber a bridge too far in their title-decider.

The fact that Kerber is as big as 4-6 to lift the trophy tells you how much respect the oddsmakers have for Andreescu.

They may be right to be wary of the outsider, who was 200-1 before the California tournament started last week, but Wimbledon champion Kerber looks to be coming to the boil nicely after a quiet start to the campaign.

Whatever happens in the final, Andreescu will have enjoyed her Tennis Garden experience immensely but her price looks a little short for her first big trophy clash.