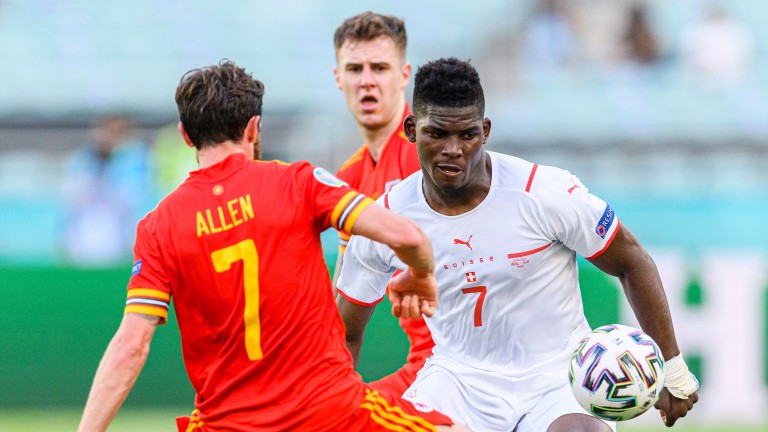 Group A of Euro 2020 ends on Sunday with Italy looking for their third successive win when they take on Wales in Rome. Meanwhile, in Baku, Switzerland need to beat Turkey to have any chance of reaching the last 16.

Roberto Mancini's Italians have looked imperious in beating both Switzerland and Turkey 3-0 and while Welsh spirits will be sky-high after their own victory over the Turks, it could be a long night for Rob Page's side in the Eternal City.

No team have failed to live up to expectations as much as Turkey and Switzerland should have extra motivation, knowing three points are vital if they are to have any chance of reaching the knockout stages.

Italy went into the tournament in great form and seem to be making up for lost time after failing to qualify for the last World Cup. Roberto Mancini's side are an attacking delight and Wales are in for a tough evening.

Switzerland need to pick themselves up after their 3-0 defeat to Italy but the disappointing Turks have further to recover after being outplayed by Wales in their 2-0 defeat in Baku last time out. Expect the Swiss to hold firm and claim the vital three points.

Motivation will play a huge part in Baku and Switzerland know victory will give them a great chance of progressing. There has been nothing in turkey's performances to suggest they won't get it.

Lazio's Ciro Immobile has come in for plenty of criticism for being unable to replicate his club form on the international stage, but he has scored twice already at Euro 2020 and he can set the Azzurri on their way against Wales. He is 4-1 to score first with Betfair and Paddy Power.

Wales striker Kieffer Moore has been a focal point for Rob Page's side and it would not be surprising if he went into the notebook in what promises to be an intriguing and physical battle against an experienced Italian backline. He is 5-1 with bet365 to be shown a card.

Breel Embolo has scored Switzerland's only goal in their two games and looks by far their strongest attacking threat. He could take the man-of-the-match honours in a game where one goal could be enough and is a best priced 5-1 to do so with.

FIRST PUBLISHED 5:22PM, JUN 19 2021
Breel Embolo has scored Switzerland's only goal in their two games and looks by far their strongest attacking threat