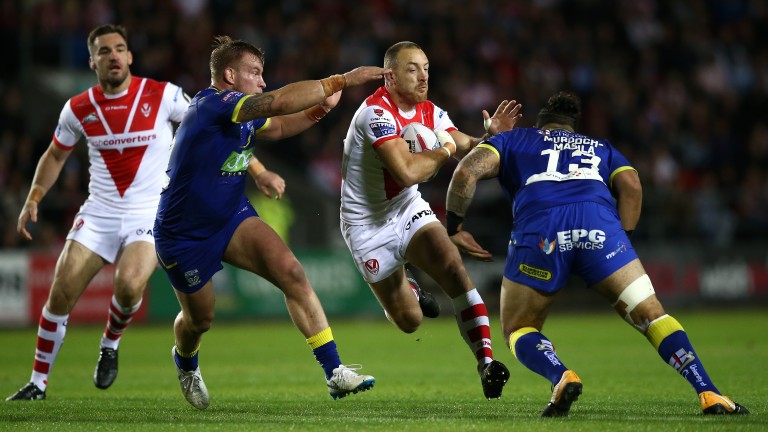 The curtain comes down on the 13th Betfred Super League Magic Weekend with rain forecast for early afternoon in Liverpool.

However, conditions should be clear by the time league leaders St Helens face Castleford in the sixth and final match of the weekend.

St Helens haven’t been at their brilliant best for the past fortnight but Justin Holbrook’s team still found a way to beat Huddersfield and Salford and bookmakers have them at 1-3 to see off Castleford, who have won their last six outings at Magic.

The Tigers' recent record against Saints is dismal though. They were hammered four times in 2018 and tonked 42-12 by the table toppers at The Jungle in March.

Cas have found the going tough over the past few weeks - last weekend’s win over struggling Leeds finally snapped a four-game losing streak - but this is a much tougher assignment and Saints can inflict more misery on Daryl Powell’s team.

James Roby should be fresh as he returns to the fray having missed the Salford win and the ace hooker can land the man-of-the-match honours at 5-1.

This fixture looked a banker two points for Leeds when the season started but it now looks like a match the eight-times Super League champions desperately need to win as they struggle to avoid relegation.

The Rhinos have won only four league games all season, have lost both matches since sacking coach Dave Furner and can seek no solace in their recent Magic Weekend record - they’ve lost their last six games at the annual awayday.

The Broncos are bottom of the league but are buoyed by last weekend’s win over Wakefield and won 18-16 at Headingley in March.

Danny Ward’s side are 11-5 to repeat that feat but the safer bet is to back the Broncos in receipt of an eight-point start.

Just a fortnight ago, Hull KR travelled to Salford as ten-point underdogs in the Coral Challenge Cup and rallied from 16-6 down to win 32-18.

Despite that, the layers are still prepared to offer Rovers a near double-figure start again, presumably influenced by Salford’s excellent effort in defeat at St Helens in their subsequent outing.

The Red Devils led by 14 but eventually lost to a last-gasp try and there’s no guarantee that they’ll repeat that level of performance.

The underdogs should have Shaun Lunt and Mose Masoe back to boost their hopes and can make Salford work for the spoils as they did in February’s league meeting when the Red Devils won 24-22.

FIRST PUBLISHED 8:00PM, MAY 25 2019
The Tigers' recent record against Saints is dismal though. They were hammered four times in 2018