Lacazette and Mkhitaryan on target for Arsenal 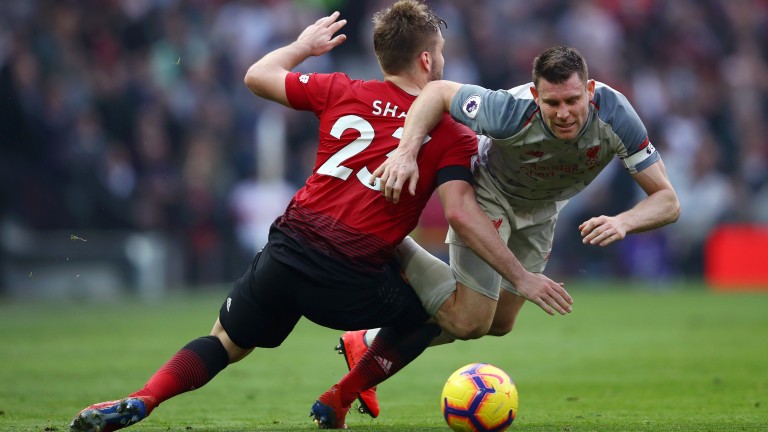 Liverpool are back on top of the Premier League but they have been eased from 6-4 to 15-8 to win the title after a bruising goalless draw away to bitter rivals Manchester United.

Liverpool's attacking gameplan was also hampered by an early injury to striker Roberto Firmino and neither side could break the deadlock at Old Trafford, where no goalscorer had been a 12-1 chance before kick-off.

Manchester City, one point behind Jurgen Klopp's men after 27 games but with a superior goal difference, are 8-15 to retain their title while United are 5-4 to finish in the top four this season.

Tottenham are 1-6 to finish in the Champions League positions with Chelsea 5-4 shots, while Arsenal are 9-4 after their 2-0 home win over Southampton on Sunday.

Early goals from Alexandre Lacazette and Henrikh Mkhitaryan took the Gunners up to fourth in the table, a point ahead of United and three clear of Chelsea, who have a game in hand.

The Saints have been cut to 7-2 for relegation although they are odds-on to secure a precious victory at home to struggling Fulham on Wednesday.