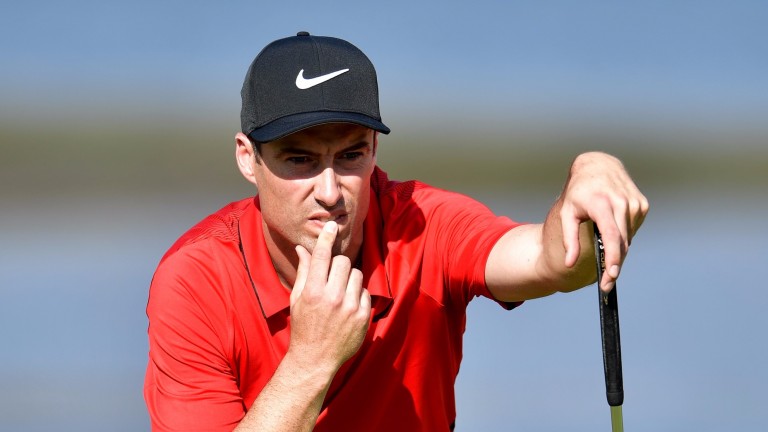 Ross Fisher, Felipe Aguilar and Jeunghun Wang led after the first round of the Nedbank Challenge, the trio firing rounds of four-under-par 68 in Sun City.

Aside from a poor drive at the 17th hole, Fisher was in full control all day, and the in-form Englishman seems the most likely of the leaders to retain his position in round two. The Ascot man is course-proven and has been hitting his ball with authority for eight weeks.

Another second-round three­ball wager to consider is George Coetzee, teeing off 20 minutes before Fisher on Friday at 9.35am UK and Ireland time. Coetzee, like Fisher, has recently found his A-game. Chris Wood had heavy strapping on yesterday and is nursing a neck injury. If Wood goes lame, Coet­zee has only Alex Noren to beat.

Pre-tournament 4-1 favourite Henrik Stenson made three birdies in a row from the 15th hole on Thursday to move only one shot off the pace.