Suljovic may have to work overtime to stay in hunt

Austrian could get bogged down against Dutchman 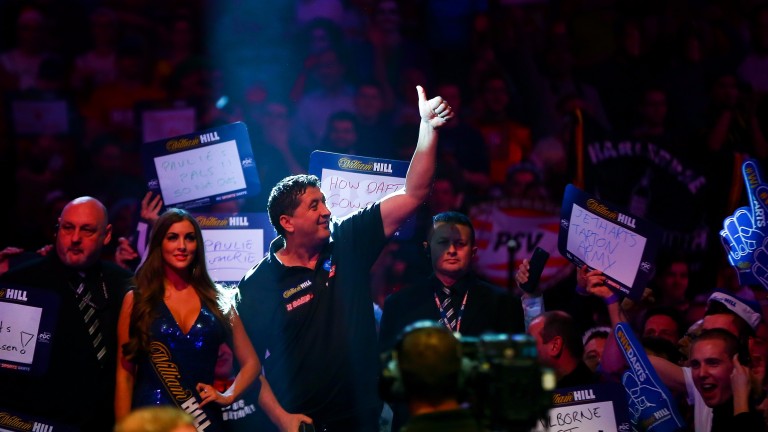 Wade v R Huybrechts
Head-to-head: Level at 2-2
James Wade, the best player never to win the William Hill World Championship, aims to put that right this year and can make sure there are no early hiccups.

Wade, who famously hates first-round matches, is fairly fortunate to have drawn Ronny Huybrechts, Kim’s older brother and a player who rarely produces on the stage.

If Wade stays straight and finishes as clinically as we know he can, he ought to win this well.

The left-hander hasn’t lost in the first round at Alexandra Palace with his last first-hurdle loss coming at the Circus Tavern 11 years ago.

What we do know about Huybrechts senior is that he wastes too many darts and gets too edgy on his doubles. In among the bad bits, however, should be a few 180s.

Seen as something of a curiosity when he first arrived on the darting scene, Mensur Suljovic earns only respect these days having stormed into the world’s top ten.

It’s been an incredible couple of years for the Croatian-born Austrian, who should be far too solid for erratic Dutchman Ron Meulenkamp. That said, the pain and frustration which is nearly always etched on to Suljovic’s most expressive face illustrates that he does get into a battle. And there is every reason to believe Meulenkamp can take this match into a fourth set.

Meulenkamp should be confident having rounded off a nondescript year by beating Gary Anderson in round two of the Players Championship Finals.

Lerchbacher v Stevenson
No previous meetings
Bookmakers are strongly behind Plymouth’s Simon Stevenson, who came through qualifying to book a last-gasp ticket to London.
But a 4-9 chance? On his debut?

Zoran Lerchbacher has been here before – he won his preliminary-round tussle in 2013 when he was also the underdog against Ben Ward – and his 10-1 hammering of Dietmar Burger in qualifying was a phenomenal effort.

The Austrian has qualified for the Pro Tour before as well, so he’s unlikely to be a pushover. Take the 11-10 it goes the distance.
The prize for the winner is a clash with ninth seed Robert Thornton, who has been struggling this season.