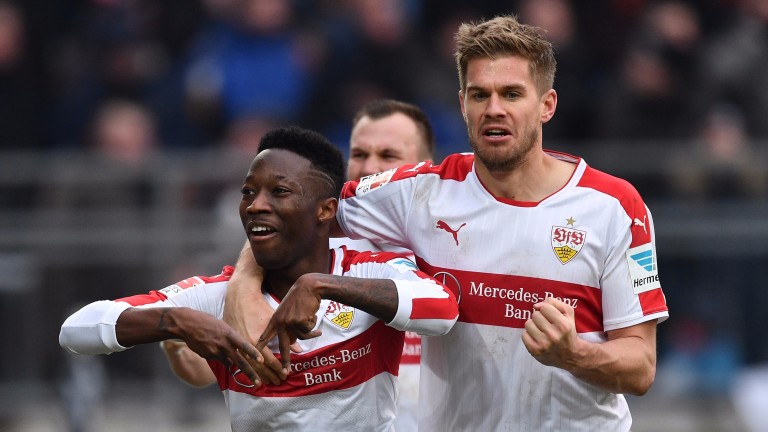 Werder Bremen v Augsburg 2.30pm
With clean sheets in four of their last five league and cup games, Werder Bremen are getting it right at one end of the pitch but their problem has been scoring goals – they've registered just three in nine games.

Ordinarily, they’d fancy their chances at home to Augsburg, but given how blunt they are a sixth stalemate for the green and whites is on the cards.

Key stat
Bremen have gone 394 minutes without a league goal.

Stuttgart v Freiburg 5pm
Freiburg, without an away goal since August and with just one point out of a possible 21 in their last seven road trips, are hard to like.

Stuttgart, despite being in the wrong half of the table, are unbeaten at home with ten points out of a possible 12, and Wednesday’s cup win at Kaiserslautern will also have given them a much-needed lift.