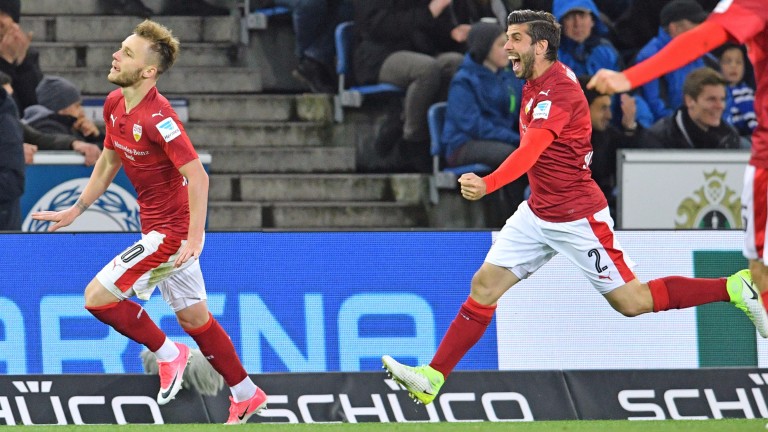 Union Berlin will make it a four-way tie at the top of the Bundesliga 2 standings if they win at league leaders Stuttgart, but that looks a tall order.

Stuttgart are the league's most potent attacking team, and 19 of their 50 goals have come from Simon Terodde. He struck twice in last week's 3-2 win away to Arminia Bielefeld - a result that took their unbeaten run to five matches in all competitions.

They are particularly strong at home, where they have gone undefeated in their last eight matches in all competitions, including five wins.

Union netted twice in the last five minutes in a 3-1 victory at home to Kaiserslautern last time out, which ended a three-game winless sequence.

The Berlin boys had been on a dream run prior to that, which is why they are still fighting at the top of the league.

However, the capital side have found the net in eight of their last ten games and for all Stuttgart's scoring power they have conceded more goals than the three teams immediately behind them in the table.