Stung All Blacks should stretch clear of hosts Argentina 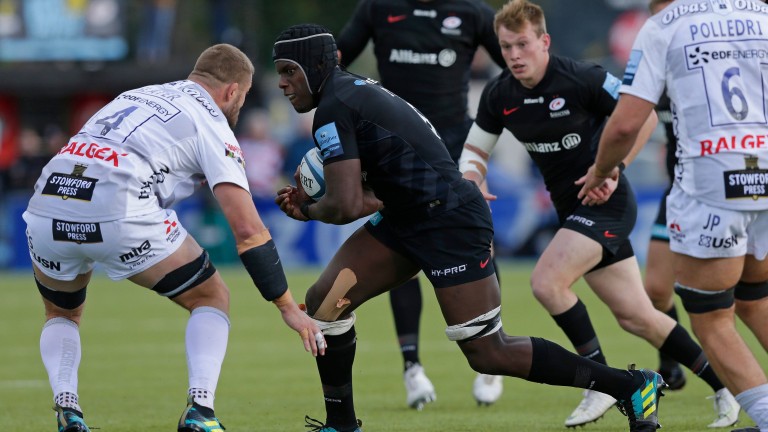 Maro Itoje makes ground with the ball for Saracens against Gloucester
Getty Images
1 of 1
By Max Oram 8:01PM, SEP 28 2018

South Africa stunned the All Blacks 36-34 in Wellington a fortnight ago and they can maintain the upward curve shown under head coach Rassie Erasmus with a narrow victory over Australia when the Rugby Championship resumes in Port Elizabeth.

Poor kicking and decision-making were the main reasons for New Zealand's downfall at the Westcap. But there was no mistaking the sharpness shown by the Springboks in capitalising on the errors or the heart they demonstrated in not folding under pressure. The Wallabies need to pick themselves up from a loss to Argentina on the Gold Coast.

In addition to beating England 2-1 in a June home series, the Boks opened up the southern hemisphere championship with a 34-21 success over Argentina in Durban. The squad and the crowd at the  Nelson Mandela Bay Stadium will be pumped up to avenge a 23-18 defeat in Sydney three weeks ago.

Last year's Rugby Championship meetings with Australia were both drawn and the teams' October 2016 clash in Pretoria was won 18-10 by South Africa. Whether it is a tight contest or an open encounter, the Springboks are taken to prevail by a margin between one and 12 points.

Mario Ledesma has put the spring back in the Pumas' step in this tournament but the All Blacks should still surge clear in Buenos Aires. They have scored at least 33 points in five Rugby Championship visits to Argentina with all the winning margins being 18 points or more.

New Zealand head coach Steve Hansen will have been angry at the sloppiness of the world champions' play in their defeat to South Africa and will be demanding a focused effort. Sensational centre Sonny Bill Williams is back in the away midfield and while there are other reshuffles in the team, their power at the set-piece and breakdown do not look compromised.

Argentina beat South Africa 32-19 in Mendoza in round two but it is hard to forget just how bad they were when losing at home to Wales (twice) and Scotland in June.