Struggling pair are tough to separate 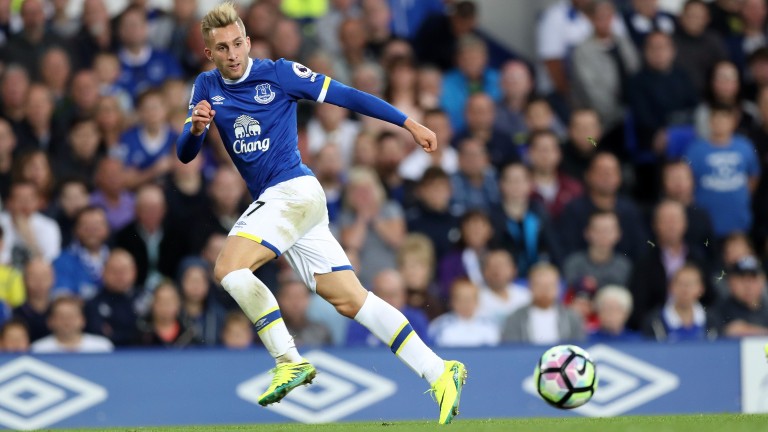 They both lack confidence, they are both struggling for wins and they even both use the same walk-on music.

There seems to be so little to choose between Watford and Everton that it would be no surprise if they are clutching a point apiece after this lunchtime’s showdown at Vicarage Road.

Twice they met last season and twice they couldn’t be separated. Expect something equally close this time round.
The Z-Cars derby certainly doesn’t look like it’s going to be a TV epic with the Hornets having lost three of their last four and the Toffees on a run of just one win in nine.

What is the case against Watford? They are short of goals and struggling to carve out chances. Everton are more creative but just as goal-shy.

Ronald Koeman’s visitors, unbeaten in eight Premier League meetings against Watford, have scored only two goals in their last four games – matches in which Romelu Lukaku has gone off the boil.

They also suffered a bodyblow last week when the likeable and destructive Yannick Bolasie suffered a serious knee injury. Everton aren’t short of inventive playmakers – Ross Barkley, Aaron Lennon, Gerard Deulofeu and Kevin Mirallas are all on their books – but only Bolasie was playing with any degree of confidence.

Watford’s matches average exactly three goals per game but that’s because they are conceding too many; indeed, the most of the top 14 teams in the division.

They have conceded a league-high 11 goals from crosses suggesting that as boss Walter Mazzarri flits between three and four at the back, and constantly has to change the personnel because of injuries and bans, they just aren’t sure of what they are doing in defence.

As a team, they were excellent for long periods at West Brom last week but gifted the Baggies their 3-1 win.

Everton, in turn, were poor against Manchester United but somehow salvaged a 1-1 draw.

Bookmakers expect goals – you can have 23-20 that one or both teams don’t score – yet Everton have conceded more than one goal in only two of their 14 matches.

Lukaku, 4-1 to score first, hasn’t found the net in four games while Deeney is a 6-1 shot. If you’re looking for first-scorer value, it may be Deulofeu at 10-1 given he’s set to replace Bolasie.

Team news
Watford
Roberto Pereyra is suspended. Younes Kaboul is a doubt but Miguel Britos and Valon Behrami return from bans. Daryl Janmaat is expected to play in a protective mask. Craig Cathcart is still absent.

Everton
Yannick Bolasie is out with knee ligament damage. Seamus Coleman is okay after a bang to the head.