Struggling Millers worth backing to make their point

Leeds may not be at their best in attack 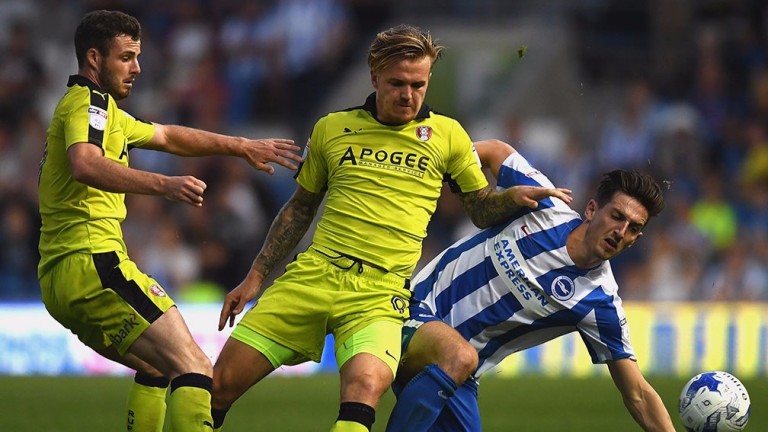 Leeds were given a football lesson by Sky Bet Championship leaders Newcastle in a 2-0 loss at Elland Road last Sunday and will hope to fare better at basement boys Rotherham on Saturday evening.

Newcastle look a class apart from the rest of the division, but it was a tough day for Garry Monk’s side, made worse by a yellow card for influential centre-back Pontus Janssen which triggered a one-match suspension.

Facing the Millers should be a much easier task but a closely-fought Yorkshire derby is on the cards and the draw looks the pick of the value at 13-5.

Leeds may not be at their best in attack because of the continued absence of attacking midfielder Pablo Hernandez.

They have no obvious high-quality backup for Hernandez and Monk may even consider a switch of formation with Marcus Antonsson in the frame to play alongside Chris Wood.

Whichever way he chooses to go Leeds are unlikely to be at their best and that is great news for Rotherham, who are in desperate need of some points to improve their remote survival hopes.

Kenny Jackett has quickly discovered the size of the task he faces in the Millers hotseat with many of his players failing to cope with the demands of Championship football.

However, Rotherham have been much more competitive at home, scoring nine and conceding 13 at the New York Stadium, compared to a tally of eight scored and 28 conceded on the road.