Stronger sides likelier to bounce back

The Soccer Boffin with words of wisdom 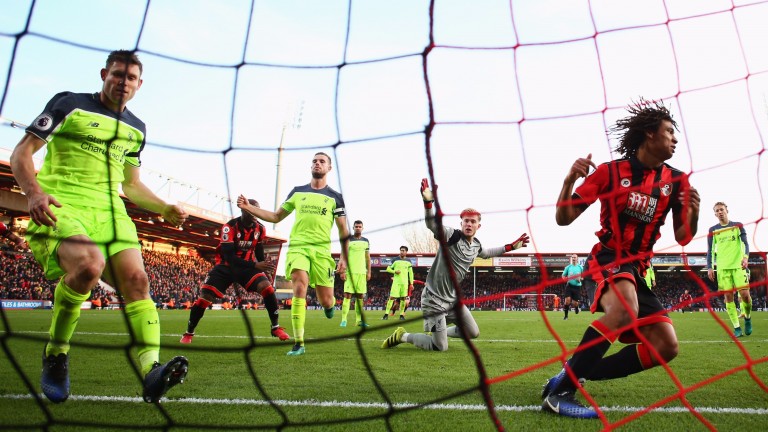 There were two spectacular comebacks the other weekend, one in the Premier League and one in the FA Cup. Bournemouth recovered from 3-1 down to beat Liverpool 4-3. Wimbledon rallied from 3-0 down to beat Curzon Ashton 4-3. Bookmakers’ odds reached 375-1 and 500-1.

Even before kick-off Bournemouth were underdogs at home to Liverpool. League One Wimbledon were favourites at National League North Curzon Ashton. Generally speaking, which team in a match is most likely to come from behind and win – the stronger or the weaker?

I looked at what happened in Premier and Football League games during the last 19 seasons, 1997-98 to 2015-16. I separated games into groups according to the difference in final league positions between teams.

In every match there are two teams who could bounce back to victory. Even the team who take the lead could fall behind afterwards then haul themselves in front again. In 11 per cent of Premier and Football League games there was a come-from-behind victory.

It was something that happened roughly once every weekend in the Premier League and the three divisions of the Football League – though more often teams overhauled a one-goal deficit than the two- and three-goal walls clambered over by Bournemouth and Curzon Ashton.

Sergio Aguero started a four-match ban on Saturday when Manchester City played Leicester. He was sent off the week before when City lost to Chelsea. They lost to Leicester.

How much difference does it make when a team play without their best striker? Some teams have better goal-getters than others, and Aguero is superior to most, if not all, in the Premier League. We can answer the question generally, though. We can come up with a ballpark figure.

I recorded results over the last eight seasons for every Premier League team with and without their top scorer. In spread betting terms, the difference was equivalent to two ticks on a supremacy spread – two-tenths of a goal.

In terms of wins, draws and losses, playing without their leading scorer reduced a team’s chance of winning any given match by an average of seven per cent.

The Club World Cup hots up this week when the champions of Europe and South America arrive in Japan for the semi-finals. Perhaps I should have said thaws out a bit.

The Club World Cup brings together the champions of governing body Fifa’s seven regions and one guest. It has done so annually since 2005. It arouses little enthusiasm because rarely does anyone from the rest of the world beat the representatives of Europe or South America.

European champions have won 11 semi-finals out of 11 and eight finals. Liverpool, Barcelona and Chelsea all lost 1-0 in finals to teams from Brazil – Sao Paulo, Internacional and Corinthians.

South American champions have won nine semi-finals out of 11. In 2010 Internacional lost to African champ­ions TP Mazembe from DR Congo, in 2013 Atletico Mineiro of Brazil lost to Raja Casablanca, who were guest entrants from host country Morocco. No other teams from outside Europe or South America have reached the final.