Ebbsfleet may be drained after rollercoaster eliminator 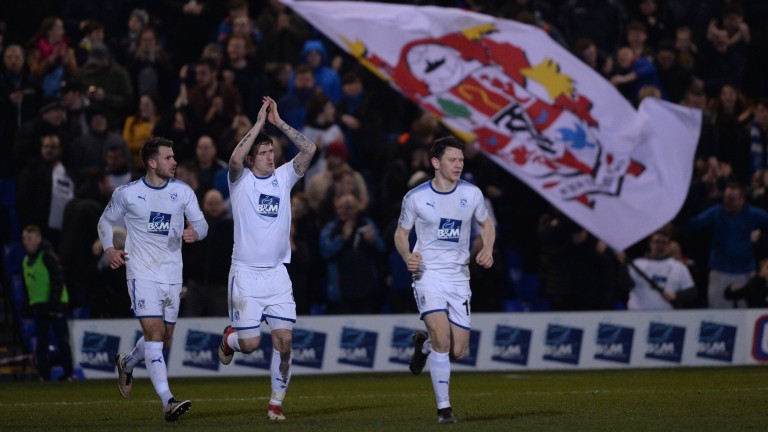 Tranmere came up short in the National League title race but they look the strongest of the four teams left in the playoffs and can advance to next Saturday's final at Wembley by beating Ebbsfleet at Prenton Park.

The expanded format handed an opportunity to sixth-placed Ebbsfleet, who came through Wednesday's dramatic qualifying-round tie at Aldershot 5-4 on penalties having drawn 1-1 after extra-time.

It was an evening of rollercoaster emotions for the Fleet, who came back from a goal down in extra-time and recovered from a 3-1 deficit in the shootout.

But it was also a draining experience mentally and physically and Daryl McMahon's side have not had much time to get themselves ready for the long trip to Birkenhead.

Even with the benefit of ideal preparation it would be a daunting task for the Kent outfit, who finished four places and eight points below Tranmere.

Rovers took a while to get going this season and did not break into the top half until a 4-0 victory at home to Maidstone in November.

But they accumulated 48 points from 23 games in the second half of the season and two of the five defeats in that time came after the battle for automatic promotion had been lost.

Micky Mellon's side finished the campaign with 15 home wins - more than any other team in the division - and home advantage should be a big help as they seek to reach the playoff final for a second successive season.

Ebbsfleet have shown resilience on the road, losing just five of their 23 away league games.

But they lost 3-0 at Tranmere in February and the short turnaround may work against them.

Team news
Tranmere
Connor Jennings (illness) is not expected to recover in time but Adam Buxton could return to the squad after missing the last two matches.

Ebbsfleet
Midfielder Sean Shields is a doubt after missing the Aldershot game through injury.