Pay and performance have a significant relationship 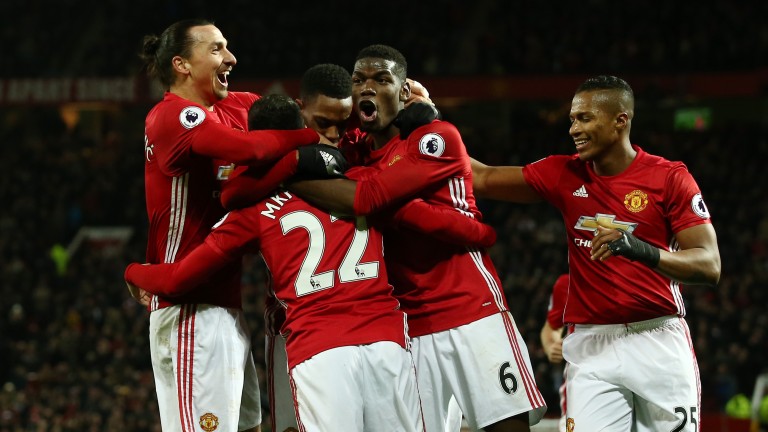 Manchester United are the top payers in the Premier League and earn more revenue than any other club in the world
Jan Kruger
1 of 1
7:06PM, JAN 29 2017

Manchester United, according to the latest figures, have the largest wage bill in the Premier League and the highest revenue of any football club in the world.

They are not yet the best team in England or the most powerful club on the planet. So the relationship between pay and performance is not perfect. But it is strong.

“The strongest single measure of domestic sporting success was the ‘squad spend’”, a mixture of wages and transfer fees.”

That report listed the European clubs with the highest payrolls. The top ten contained the Champions League winners, runners-up, both beaten semi-finalists and one losing quarter-finalist. Plus five English clubs.

There may be a tendency for English clubs to get less value for money than others. Sunderland’s wage bill, according to data collated by accountants KPMG, was higher than Napoli’s.

Few of us would have made Sunderland favourites in a match at a neutral venue against Napoli.

Generally, though, there is some correspondence between remuneration and results. My own analysis of data from various sources suggests that in each of the last 11 seasons the Champions League was won by an entrant with one of the six highest payrolls.

The Deloitte Football Money League ranks clubs by revenue. Usually this is compatible with pay. Sunderland’s income is also higher than Napoli’s.

The most recent Money League covers season 2015-16. Manchester United were top ahead of Barcelona and Real Madrid, who led the list in the previous 11 seasons.

Eight times in 12 seasons the Champions League was won by a club in the top three of the Money League.

To some extent these things are inter-connected. Clubs that do well in a season in national or European competition earn more money and the winners pay their staff bonuses.

Barcelona’s wage bill is usually similar to Real Madrid’s. In season 2014-15 it was about €50 million higher because of bonuses paid to players who won everything – Champions League, La Liga and Copa del Rey.

That season Manchester United’s wage bill was lower than Manchester City’s and Chelsea’s. Since then it has risen above.

United may not be the best team in the Premier League, but they are one of the best. Last season there was a welcome interloper at the top, but this season it is likely that the first six places will be filled by the clubs with the six highest payrolls, although probably not in the same order.

Gate receipts significant at the top of the tree

Fans complain that clubs do not listen to them. Supporters who pay to watch matches at the stadium are less important financially than they used to be, although owners did not seem to take much notice of them in the past either.

Matchday income represented only 16 per cent of the revenue of Premier League clubs in season 2014-15. The proportion was also 16 per cent across the four national leagues with the next highest total revenues – the top divisions of Germany, Spain, Italy and France.

But maybe fans of clubs in rich leagues should be grateful. They might not have much financial clout but they have more than spectators in some other places.

Matchday receipts accounted for only one per cent of total revenues in the five poorest leagues – Andorra, San Marino, Gibraltar, Latvia and Armenia.

Between those extremes there was a clear trend moving from one toward the other. The lower the total revenue of clubs in a league, generally speaking, the lower the proportion of it that came from spectators passing through turnstiles. Perhaps that sounds surprising.

So whose money did talk, and where?

Seventy-eight per cent of the income of Premier League clubs – nearly four pounds out of every five – came from broadcasters and sponsors. In the top divisions of Germany, Spain, Italy and France the proportions ranged between 73 and 63 per cent.

At the other end of the scale the biggest contribution came from Uefa – to clubs playing in the Champions League or Europa League, if only in the preliminary rounds.