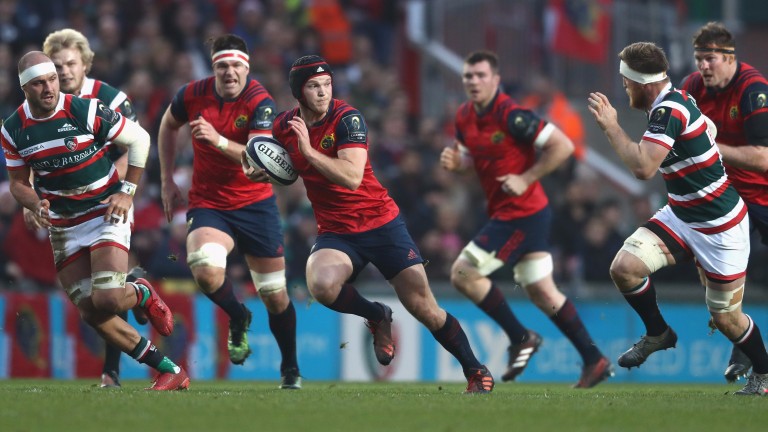 Even with both sides missing their internationals this clash of the top two sides in Conference A of the Pro14 has the look of a heavyweight contest.

Glasgow are top of the pile with just one defeat – by a single point to rivals Edinburgh – but Munster are nine-point favourites to narrow that gap having been stung by defeat in Cardiff last week.

The Irish hosts have a strong pack and Tyler Bleyendall at fly-half to marshall a backline that features internationals Simon Zebo and Andrew Conway.

Glasgow have 11 players in Scotland’s Six Nations squad but their front-row options are boosted as Zander Fagerson is fit enough to make the bench. Prop Oli Kebble, who has four seasons of Super Rugby under his belt, makes his first start.

Munster have won just two of their last five Pro14 games, a run going back to their December defeat to Leinster, and will want to steady the ship before tough fixtures next month at resurgent Edinburgh and at home to reigning champions Scarlets.

When Munster win they tend to win big – seven of their nine league victories have been by margins of more than 20 points – but Glasgow look strong enough to buck the trend.

Leinster hit the top of the table in Conference B with a significant victory over a depleted Scarlets side last week and they should have little trouble seeing off the winless Kings at home (7.35pm, TG4). The Irish side are 38-point favourites.

Edinburgh are keeping pace with the top two in that section, buoyed by an impressive away victory over Ulster last week, and they are five-point favourites against the Dragons.