Pacesetting Rickie Fowler faces the weekend on the most difficult course 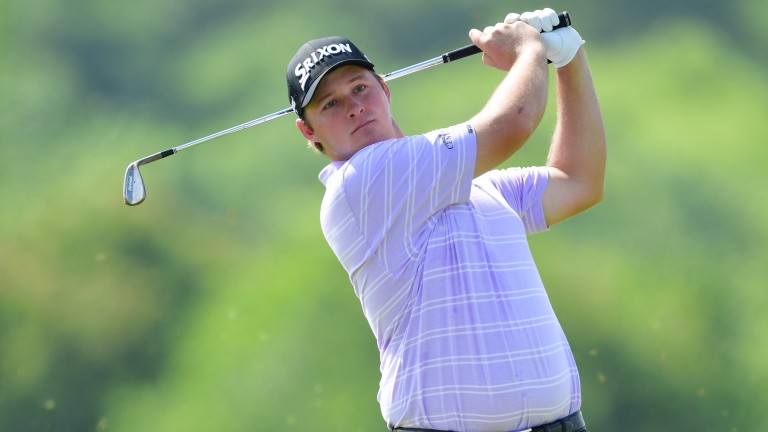 Sepp Straka is five shots behind going into the weekend
Stuart Franklin
1 of 1
By Steve Palmer UPDATED 4:25PM, JAN 18 2020

Rickie Fowler is justifying favouritism in The American Express, the ante-post 12-1 market leader reaching 15 under par through two rounds in California, setting the halfway pace.

Fowler has company atop the board – star rookie Scottie Scheffler is on the same score – but Fowler has become a general 5-2 chance going into the weekend.

The American Express is a three-course event in which the competitors play a round at each over the first three days, before the cut-makers gather at the Stadium Course for the final 18 holes.

Fowler has made merry at the two easiest tracks – La Quinta and the Nicklaus Tournament Course – and faces a weekend at the most difficult layout of the trio. Scheffler is on the same rotation, so the leaders may struggle to kick clear of the chasing pack in round three.

Tony Finau – a big name alone in fourth place and two shots behind – will also have a weekend at the Stadium Course. Andrew Landry – in third spot and only a shot off the pace – is the contender with the best opportunity of making Saturday progress. The 2018 Texas Open champion is on the Nicklaus Tournament Course for round three and may appeal to some at 10-1 with Coral and Ladbrokes for outright success.

Neither Fowler or Scheffler have any previous competitive experience of the Stadium Course, so this event seems wide-open with 36 holes to play. Sungjae Im is well in the hunt from only four shots behind, while Cameron Davis (four), Maverick McNealy (five) and Sepp Straka (five) are three other talented youngsters within striking distance of the lead.

Straka, first out from the tenth tee at the easiest course (La Quinta Country Club) in round three, can be fancied to move into contention for Sunday with a sizzling Saturday. With 100-1 against his name and four each-way places available, the Austrian is worth an interest.

The action resumes at 4.30pm UK and Ireland time, with Fowler scheduled on the tee at 6.20pm. Scheffler starts at 5.30pm.

FIRST PUBLISHED 8:33AM, JAN 18 2020
Straka, first out from the tenth tee at the easiest course in round three, can be fancied to move into contention for Sunday