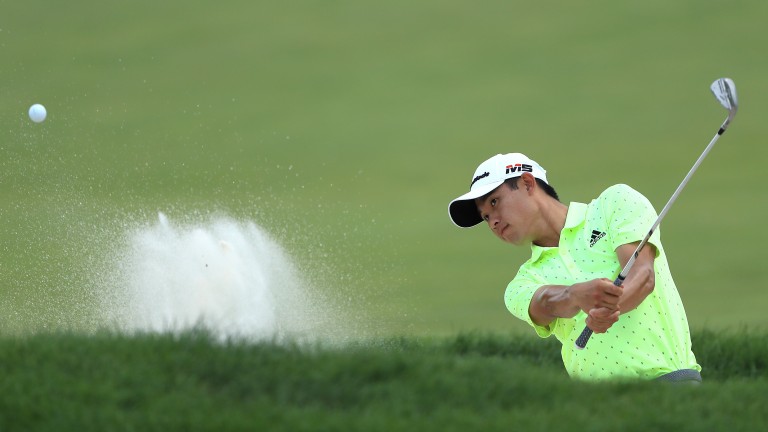 Golf tips, best bets and player analysis for the Sony Open at Waialae Country Club on the PGA Tour.

Justin Thomas did the Sentry Tournament of Champions and Sony Open double in 2017, carding a first-round 59 at Waialae Country Club in the process, and the world number four is looking to repeat the trick this week.

Thomas, victorious at the third extra hole of a Sentry playoff last week, is hot favourite for the Sony and capable of bolstering his incredible Hawaii record. Mental fatigue could be an issue, though, after 75 holes at Kapalua in largely windswept conditions, and more rough weather is forecast for the Sony, so the favourite can be passed over at a short price in a decent field.

Matt Kuchar, the defending champion, has strong each-way claims, while Marc Leishman and Joaquin Niemann are two Presidents Cup Internationals who should enjoy this assignment. Hideki Matsuyama has a poor Sony record but boasts form figures of 3-2-11-8 from his last four events.

Strong winds are set to batter the competitors this week, particularly over the first two days, and only players with serious long-game control seem likely to overcome the challenge.

The Sentry Tournament of Champions hopefuls had some wind to deal with last week, but much wider targets at which to aim, so the Sony should provide a stiffer test from tee to green. Corey Conners looks a prime candidate to handle the mission better than most.

The Canadian was 264th in the world rankings prior to last year's Sony, but he came through the Monday qualifier before finishing third in the tournament, closing with a pair of 64s. Twelve months later, Conners is up to 58th in the rankings after an excellent 2019, which was built largely on his tee-to-green competence.

Conners topped the PGA Tour greens-in-regulation statistics last season, helping him to victory in the Texas Open, and form figures of 13-12-6-20-19 from his last five events illustrate a growing comfort in high-class company.

A mid-division effort in the Sentry last week was respectable on his course debut and an extremely useful warm-up for Waialae. Sentry runners traditionally thrive in the Sony and Conners, who turned 28 on Monday and is clearly still improving, seems the best value of them all at surprisingly juicy prices.

Another precise tee-to-green operator who should be able to deal with the wind, the thin fairways and the tiny dancefloors is Collin Morikawa, who, like Conners, used the Tournament of Champions to get rid of the Christmas rust and lay a strong foundation for Sony success.

Morikawa carded four under-par rounds for seventh place on his tournament debut. The gifted ball-striker finished second in the driving accuracy statistics and is good enough to overcome the fact he is making his Sony debut. It is a disadvantage to be competing there for the first time, but the 22-year-old has family in Hawaii and is a regular visitor to the islands, so he is much more comfortable than the average Waialae newcomer.

The short hop from Maui to Honolulu has afforded him plenty of time to adjust to Waialae and Morikawa can be fancied to show why he made it to the top of the world amateur rankings before winning on the PGA Tour in just his sixth start as a professional.

Tee-to-green solidity is the key to success this week and Emiliano Grillo has forged a healthy career from his ability to pound dancefloors. The Argentinian's tight, easily repeatable swing means he does not make many serious long-game errors, and he seems an outsider worth chancing.

Grillo has long suffered with short-game issues, but he remains a top-class ball-striker who could emerge from a quiet spell. The 27-year-old won twice in 2015 – once on the Korn Ferry Tour and once on the PGA Tour – and a second success on the main circuit is long overdue for a member of the famed Class of 2011. Grillo, Thomas and Jordan Spieth all finished excellent high-school careers that year, but the Americans have left their talented pal behind.

A third-round 63 in last year's Sony suggests Grillo has got to grips with Waialae and the more difficult conditions this time play into his hands.

Abraham Ancer
The Mexican excelled in his Presidents Cup debut, winning 3.5 points before suffering a drubbing from Tiger Woods in the singles, and Waialae is a track which plays to Ancer's strengths.

Sungjae Im
The Korean, like Ancer, could take great encouragement from performing superbly on a losing Internationals side, and it seems only a matter of time before Im gets off the mark on the PGA Tour. Waialae, where he finished 16th after a slow start last year, is a favourable venue.

Cameron Smith
The Aussie is another International who has set himself up well for January by performing with credit against the States in Melbourne. Smith beat Thomas in the Sunday singles and is well suited to the Waialae assignment.

Webb Simpson
The world number 12 has been a nearly-man over the last seven months, finishing runner-up four times without winning. Waialae suits him and this is another golden chance to get over the line in front.

Chez Reavie
The accurate Kansas man is a natural for Waialae and he got a warm-up spin at Kapalua last week, but a New Year equipment switch to PXG clubs is probably going to have an unsettling effect in the opening few months of 2020.

Kevin Kisner
The accurate Carolinian contended through three rounds at Kapalua last week before a Sunday 76. Waialae is a more suitable track for him and he must be respected.

When to watch Live on Sky Sports Golf from midnight Thursday

Time difference Hawaii is ten hours behind the UK and Ireland

Course overview Waialae staged the Hawaiian Open until 1998, at which point PGA Tour chiefs oversaw an upgrading of the track, which became the venue for the Sony Open thereafter. Waialae contrasts greatly with the wide-open Plantation Course which the likes of Justin Thomas faced for the Sentry Tournament of Champions in Maui last week. The fairways are thin, the greens are small and accuracy is the key to success. The Hawaii turf and the trade winds are similar to Kapalua though and Sentry runners have an excellent record of success the following week. A steady breeze usually adds to the Waialae test and the most difficult holes are the 488-yard par-four first, the fiddly 426-yard par-four second and the 478-yard par-four 13th. There are only two par-five holes, the ninth and 18th

The story of last year Matt Kuchar saw off Andrew Putnam in a final-round duel, the more experienced campaigner winning by four shots

Weather forecast Cloudy throughout, with strong winds for the first two days, slowly subsiding over the weekend