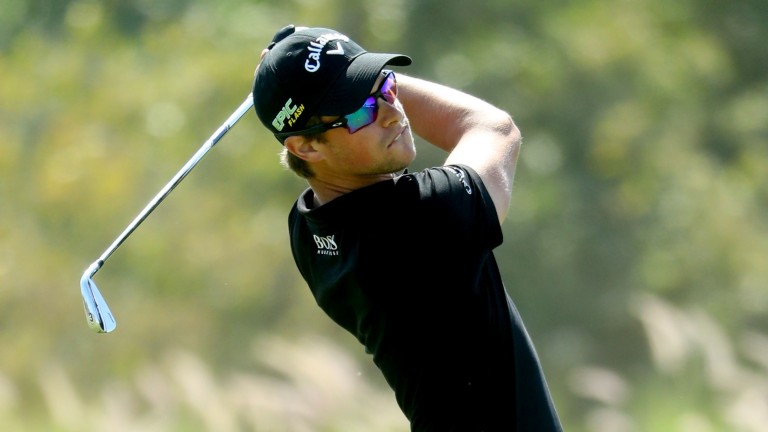 Thomas Detry has set up another breakthrough chance
Warren Little
1 of 1
By Steve Palmer UPDATED 8:09AM, MAR 14 2021

A windy third round of the Qatar Masters saw Darren Fichardt move to the top of the leaderboard at Education City Golf Club, Doha.
The ante-post 100-1 chance has become a general 5-2 favourite with 18 holes to play, having covered the final three holes of round three in two under par to edge in front.

Fichardt, a five-time European Tour champion at the age of 45, won the Qatar Masters in 2003 when it was played at Doha Golf Club. His last victory came in the 2017 Joburg Open.

Antoine Rozner, Racing Post Sport's headline pre-tournament Qatar Masters selection at 22-1, was unlucky to be on the wrong side of the draw over the first two rounds. The half of the field who started early on Thursday and late on Friday suffered in ugly Friday-afternoon winds. The Frenchman appears set to defy the handicap, though, and go close to a second European Tour title.

Rozner battled his way back into the tournament with a rock-solid third round. Aside from a three-putt at the fifth hole and a slightly pulled tee-shot at the ninth, he hardly put a foot wrong, and this cool customer will fancy his chances from three shots behind.

The 28-year-old carded a Sunday 64 to win the Golf in Dubai Championship in December and more desert joy could be coming this week if he can stay in the groove at Education City GC.

Rozner is the only player in the top six of the leaderboard who had an early-late set of tee-times over the first two days. From a level playing field on Sunday - a consistent breeze of around 12 mph is forecast to blow all day - Rozner can assert his superiority.

Only two players in the top nine were in the wrong side of the draw - Rozner and Thomas Detry - and the latter may end up the main threat to the former. From four shots behind and a tie for seventh, Detry is unlikely to feel much pressure early on, so could get right into the thick of things as he chases an overdue European Tour breakthrough.

Darren Fichardt is experienced and unlikely to implode, but he is world number 235 and will probably not kick clear, either. He won twice on the Sunshine Tour last year, most recently at the end of August, but rarely makes an impact outside of his homeland these days.

Expect Fichardt, Jack Senior and Gaganjeet Bhullar to hang around on the board, grinding a few Sunday pars, but the calmer final round conditions should allow more powerful, more dynamic operators like Rozner, Detry and Brandon Stone to pile pressure on from behind.

The 14-1 Detry and the 16-1 Stone (both best with Coral and Ladbrokes) are attractive cover options for punters with a strong investment in Rozner, while the 13-2 Rozner is perfectly fair for anyone yet to get involved in the event - or as a press-up option for more gung-ho backers.

The final threeball of Fichardt, Senior and Bhullar tees off at 8.03am UK and Ireland time on Sunday.