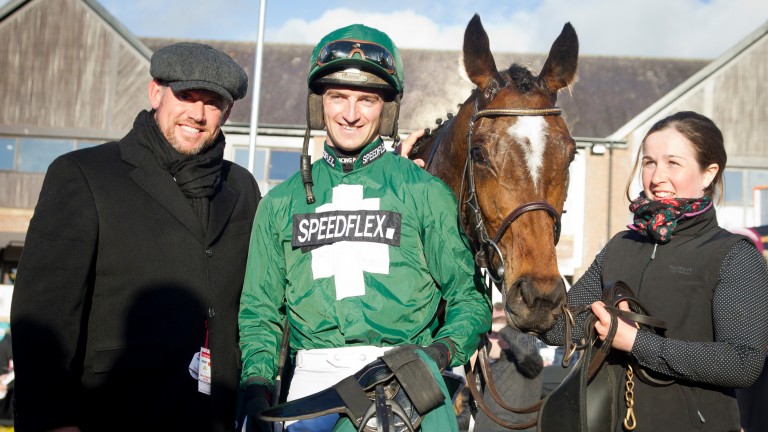 Lee Westwood leads the Players Championship at Sawgrass after reaching nine under par through two rounds - the halfway pacesetter shortening from 80-1 to 11-2 for the Florida showpiece.

Englishmen fill the first two places on the leaderboard, with Matthew Fitzpatrick only a shot behind. Fitzpatrick started the week at 45-1 and the in-form PGA Tour maiden has become 5-1 favourite entering the weekend.

Sergio Garcia, the 2008 Players champion, is tied for third spot on a board which will thrill European Ryder Cup captain Padraig Harrington. Bryson DeChambeau shares fifth place - the pre-tournament 16-1 chance cut to 6-1 after a pair of 69s.

Several big names have struggled among the numerous water hazards of Sawgrass and the cut fell at level par. Tyrrell Hatton and Hideki Matsuyama missed the cut by a shot, while Tommy Fleetwood, Viktor Hovland, Webb Simpson, Xander Schauffele, Patrick Cantlay, Rickie Fowler, Matt Kuchar, Rory McIlroy and Henrik Stenson will also have the weekend off.

PGA Tour chiefs crammed 154 players into the standard Players Championship field of 144, meaning getting everybody round on time was inevitably going to prove a challenge, and darkness halted proceedings on both Thursday and Friday nights. Eight players are still to finish their second round and play will resume at noon UK and Ireland time.

The main title protagonists have completed 36 holes, though, and Lee Westwood will be delighted to have carried his Arnold Palmer Invitational form to Sawgrass. Westwood finished runner-up to Bryson DeChambeau at Bay Hill last Sunday, beaten by a shot, but has quickly shrugged off that disappointment to contend in a similar Florida assignment this week.

Westwood must be a bit miffed to see Matthew Fitzpatrick slightly ahead of him in the betting. Westwood, twice a PGA Tour champion and a 25-time winner on the European Tour, surely deserves top billing ahead of Stateside maiden Fitzpatrick. Both have been playing well, but Westwood has more winning experience and is one shot ahead.

The final twoball in round three will have a fascinating dynamic, with Westwood's old caddie Billy Foster alongside Fitzpatrick. Westwood prefers to have his partner, Helen, carrying his clubs.

The Englishmen can be fancied to retain places on the leaderboard through round three - they are swinging well and confident - but getting over the line in front on Sunday could be an issue for both. Westwood has not won the PGA Tour since 2010, and Fitzpatrick is awaiting his breakthrough.

With sunny, calm conditions forecast for Saturday, scoring should be low, and a few players seem likely to charge at the leaders from off the pace. If Westwood and Fitzpatrick tread water in front, and DeChambeau continues to drive as poorly as he has done over the first two days, the chasing pack will have an opportunity to get right in the thick of things.

DeChambeau admitted in his Friday interview that he is fortunate to be in contention given how loose his tee-shots have been. If he tightens up off the tee, back-to-back Sunshine State success could be on the cards, but Sawgrass seems likely to seriously punish an errant driving at some stage.

Cameron Smith, Billy Horschel, Dustin Johnson and Justin Thomas are four candidates for coming from deep on the board to get in the mix, taking advantage of the calmest of the weather and a softer track, but all have precious little margin for error from so far behind.
Perhaps Jon Rahm (12-1 from five shots behind) and Sungjae Im (12-1 from three behind) are the best outright options at this stage.

Rahm had a golden winning chance at Sawgrass in 2019 before a loose second shot at 11th hole in round four, while Im is a proven Florida performer who won the Honda Classic last year.

Some firms are betting on round-three scores, with Im, Thomas, Johnson and Rahm worth backing at fair prices for positive rounds.