Hideki Matsuyama could open up with blemish-free Scottsdale scorecard 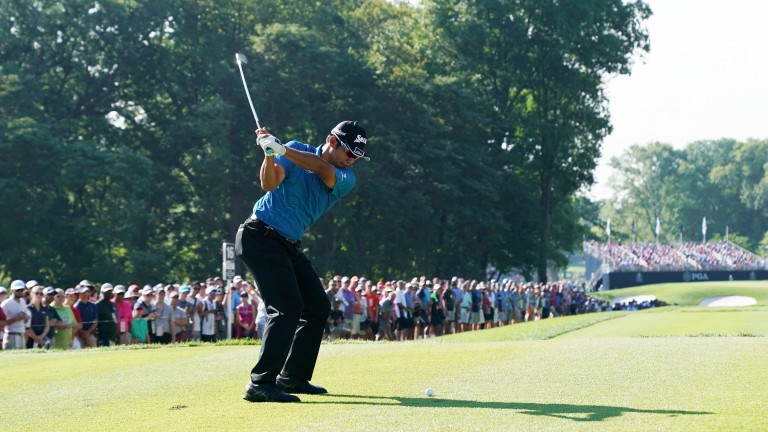 Hideki Matsuyama has a magnificent record in Phoenix
Ross Kinnaird
1 of 1
By Steve Palmer 2:02PM, JAN 29 2020

Arizona-based superstar Jon Rahm will hog most of the early attention in the opening round of the Phoenix Open, the Grand Canyon State's adopted son boarding the tenth tee (his first hole) at 8am local time (3pm UK and Ireland) alongside Justin Thomas and Hideki Matsuyama.

There must be every chance that this marquee threeball ends up providing the champion on Sunday and Matsuyama is arguably the one who is most underrated by bookmakers. The Japanese ace has enjoyed a long love affair with TPC Scottsdale, finding greens in regulation with ease at the famously noisy venue, and there is a strong chance he can contend for a third Phoenix Open victory this week.

Matsuyama has Scottsdale form of 4-2-1-1-WD-15. The withdrawal came after he carded a first-round 69 before feeling his wrist was too sore to continue. His ranking for strokes gained from tee to green in this streak were 1-3-1-1-WD-2. His world-class long game, coupled with the straightforward nature of the layout, means he typically finds the putting surfaces with ease.

Matsuyama has shown enough of late – including three top-three finishes on the PGA Tour since the middle of August – to indicate that he will impress again in Phoenix. He can be supported at fractionally odds-on to beat Rickie Fowler in a 72-hole match, and at 7-1 to open up with a bogey-free round.

Fowler has been working on swing changes and seems less likely to keep his scorecard clean. Matsuyama carded two bogey-free rounds at Scottsdale in 2017, one in 2016 and one in 2015, and there must be every chance of another this week in sunny, calm conditions.

Another wager to consider is Branden Grace to be top South African. Grace, who won the South African Open earlier this month, was Phoenix runner-up last year. Dylan Frittelli has made a poor start to the year and is making his Scottsdale debut, while Charl Schwartzel has made a shaky return from a long injury layoff, missing the cut in both 2020 starts.