Xander Schauffele primed to take advantage of any wobbling by leaders 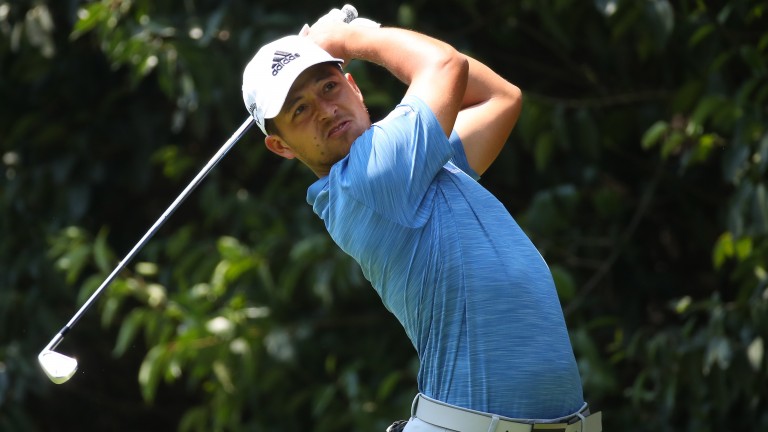 Xander Schauffele to win the Phoenix Open
2pts 6-1 Betway, BoyleSports, Sky Bet
Click to back this tip with bet365

Tony Finau leads the Phoenix Open with a round to go, the popular Utah man reaching 16 under par after a sizzling Saturday at TPC Scottsdale.

Finau, available at 30-1 ante-post, fired a third-round 62 to propel himself to the leaderboard summit and he is no bigger than 2-1 to convert a one-shot advantage into the second PGA Tour title of his career.

The 2016 Puerto Rico Open is the only PGA Tour event Finau has won and the 30-year-old has gained a reputation as a nearly-man. Last year he finished fifth in the Masters and third in the Open, so he has proved himself at the highest level, but further silverware has eluded him.

Webb Simpson is alone in second place on an American dominated leaderboard. Pre-tournament favourite Jon Rahm is tied for 11th place, six shots off the pace, so the Spaniard needs serious final-round fireworks.

Tony Finau missed the cut in his last four visits to the Phoenix Open and was not intending to play in the event until a late schedule change.

Finau was due to compete in the Saudi International, but decided to opt for Phoenix instead because he recently moved with his family to Scottsdale and felt he was needed at home to help with the move. The new Scottsdale resident has given himself a great chance of winning straight away in his adopted home city.

A relaxed approach which probably came about because of his terrible tournament record and the off-course distractions, has resulted in excellent golf, but it remains to be seen whether Finau can maintain his stellar play and uncharacteristically strong putting under Sunday pressure.

A missed four-foot putt at the 17th hole in round three indicated that Finau was already starting to tighten up with the possibility of a long overdue second PGA Tour title looming large and only his biggest fans will be chunking on at 2-1 going into Sunday.

Webb Simpson is best placed to take advantage, but he has conversion issues of his own to worry about. Simpson is winless since May, 2018, and he has finished runner-up five times since then. Four of those seconds have come from June last year onwards – a streak of near-misses which have probably started to plant a demon or two in Simpson's brain.

With Hudson Swafford battling to get a faltering career back on track and JB Holmes not 100 percent fit, the stage could be set for Xander Schauffele to bounce back from his Sentry Tournament of Champions disappointment by winning a first Phoenix title.

Schauffele looked the likely Sentry winner for a long way, before a poor lag putt on the 18th green left the door ajar for Justin Thomas, who went on to win a playoff. Schauffele has finished second four times since winning the previous Sentry, but there are no question marks about his ability to close tournaments. The steely 26-year-old Californian has won four PGA Tour titles, including a Tour Championship and a WGC, and finished runner-up in two Majors. He has a world-class temperament, which is made for the bear-pit atmosphere of the Phoenix Open.

Schauffele one-putted his final four greens of round three, closing with a magnificent birdie at the 18th hole, and he will be licking his lips at the prospect of pursuing nervous frontrunners at a Scottsdale course which offers countless birdie opportunities. He has progressive Phoenix form figures of 17-10 and could easily have added a 1 to them by Sunday night.

The freely available 6-1 win price is tasty, but Schauffele backers looking for an each-way investment should make a beeline for Hills and their 5-1 because their terms are so good. The rest of the laying community is offering a fifth the odds, the first three, but Hills go a quarter the odds the first four. Fans of Simpson, Swafford and Scott Piercy should be particularly interested in Hills' market – because the firm started Sunday business top price about that trio.

The final threeball of Finau, Simpson and Swafford is on the tee at 6.05pm UK and Ireland time. A calm, sunny day is forecast, so the tournament should finish on schedule, leaving the competitors time to prepare for the Super Bowl.