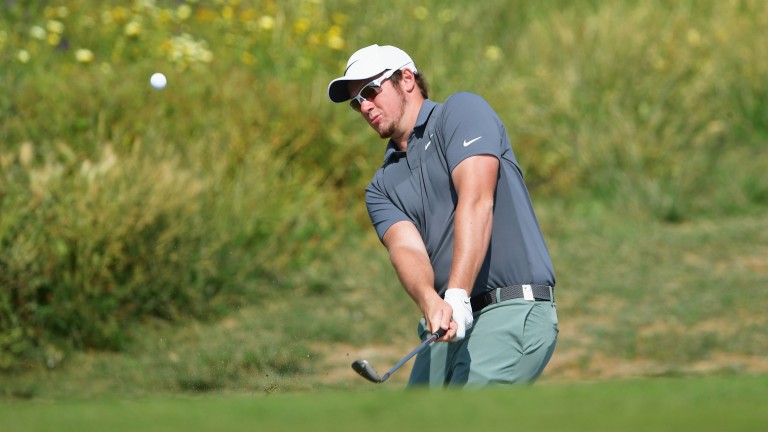 Golf tips, best bets and player analysis for the Irish Open at Mount Juliet on the European Tour.

Live on Sky Sports Golf from 10am Thursday

There is a feelgood factor at the Irish Open this week - spectators are returning to the European Tour for the first time since the worldwide pandemic and two of the most popular players on the circuit have jetted over to join the party.

Rory McIlroy and Shane Lowry are assured of a hero's welcome at the Mount Juliet Estate. Both are former Irish Open champions, but both have also flopped badly in the tournament before, with the fervent support proving a burden.

At the short odds, McIlroy and Lowry can be passed over. Both suffered confidence-denting final rounds in the US Open last time out - a 73 from McIlroy to drop out of contention and a 79 from Lowry to finish tailed off - and the extra scrutiny this week may prove unhelpful. Preference is for each-way investments at bigger prices.

Accurate approach shots are probably the key to success at Mount Juliet and Sam Horsfield is well equipped to flourish. The Manchester-born, Florida-based starlet lies fifth in the European Tour strokes-gained-on-approach statistics, and those laserlike irons should be a huge asset coming into the challenging targets of the Irish Open.

Horsfield can destroy the four par-fives this week and cloudy, calm conditions should turn this into a low-scoring affair, something the birdie machine would relish. He has opened with a 64 in his last two events - the Scandinavian Mixed and the BMW International - failing to kick on and finishing 19th and fifth. Mount Juliet may be a venue where this great talent can gallop to the line.

Horsfield has found jetsetting difficult this year - he has been crossing the Atlantic a lot for a demanding schedule - but he has just had a short journey from Germany to Ireland and should be fresh for the fight.

The 24-year-old has won twice on the European Tour and both victories came in the UK. A hat-trick could be completed across the Irish Sea on Sunday.

Similar travel issues have hampered the progress of Rasmus Hojgaard over the last few months. Like Horsfield, Hojgaard has been competing Stateside as well as in Europe. Globetrotting has never been more challenging and draining - Covid has made the world a bigger place - and it is not surprising the form of the young, inexperienced Dane faltered.

Since the US PGA, though, Hojgaard has played exclusively in Europe, and his form returned last week with four solid rounds for 17th place in the BMW International. He is a two-time European Tour champion at the age of 20.

One of Hojgaard's victories came in the UK Championship and he has got a great record generally in England. Similar success can be expected in Ireland for a player who ranks 23rd in the strokes-gained-on-approach stats.

Justin Harding is a South African who bases himself in Surrey, so the Irish Open is a relatively short trip for him. Harding fell in love with a girl he met on a sightseeing tour of London and moved to England to be with her. He is happier than ever and playing well.

Harding won the Kenya Open at the end of March, featured on leaderboards throughout the Canary Islands Swing, then finished fifth in the BMW International last week. He is a prolific champion, often underrated in the betting. He has won seven times on the Sunshine Tour, twice on the Asian Tour and twice on the European Tour.

Calum Hill is a three-time Challenge Tour champion and one of those victories came in Northern Ireland. He was sixth in the 2018 Irish Challenge in County Monaghan and seventh in the 2019 Challenge Tour event in Northern Ireland. The Scot has played well in England and Wales on the European Tour, so seems to thrive close to home. He is enjoying a consistent campaign and can threaten a maiden title on Sunday.

Complete a five-pronged attack with Sean Crocker. Mount Juliet is an American-style track and an American could use it for a European Tour breakthrough. The 24-year-old is a magnificent ball-striker who lies 19th on the strokes-gained-on-approach stats. He played well in both the events staged in Germany this month.

Lucas Herbert
The Aussie youngster has finished 18th in the Memorial and 19th in the Travelers Championship in his last two starts, two hugely impressive PGA Tour spins. He seems a massive runner at Mount Juliet if he can overcome jet-lag, having competed in Connecticut last week.

Adrian Meronk
The Pole, third in the Tenerife Open and third in the British Masters this year, continues to threaten a European Tour breakthrough. Mount Juliet represents another decent chance.

When to watch Live on Sky Sports Golf from 10am Thursday

Course overview Mount Juliet, set on lush, rolling parkland, hosted the Irish Open from 1993 to 1995, with Nick Faldo, Bernhard Langer and Sam Torrance winning, then the WGC-AmEx Championship in 2002 and 2004, with Tiger Woods and Ernie Els successful, so the cream has tended to rise to the top of the leaderboard. Jack Nicklaus designed the track, which opened in 1991, and the Golden Bear's trademark of generous fairways can be seen. Beech trees and oak line the fairways, while there are numerous bunkers and water hazards throughout. There is a distinctly American feel to the layout and its inland location means wind is not often a significant factor. The four par-fives - the fifth, eighth, tenth and 17th - are the best scoring opportunities, along with two short par-fours (the first and 15th). The greens are usually in immaculate conditions and fast.

Weather forecast Cloudy and calm for the most part, with Friday afternoon set to see some moderate breeze and Sunday afternoon booked for heavy showers

Type of player suited to the challenge As with most Jack Nicklaus designs, the second shot is more difficult than the first at Mount Juliet. Accurate approaches to heavily guarded greens seem the key to success