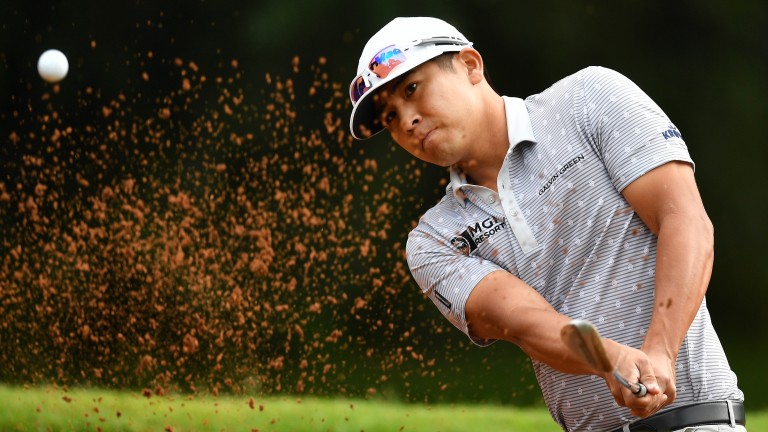 Golf tips, best bets and player analysis for the Gran Canaria Lopesan Open at Meloneras Golf on the European Tour.

Paddy Power are offering seven each-way places on the Gran Canaria Open. Sign up and get up to £50 in free sports bets

Local hero Rafael Cabrera-Bello has been a popular 22-1 chance for the inaugural Gran Canaria Lopesan Open - the 36-year-old was born on the island and is acting as tournament host this week.

Dubai-based Cabrera-Bello, who finished third in the Spanish PGA Championship at Meloneras Golf in 2007, still owns an apartment in Las Palmas. He will be hoping that a downgrade from the PGA Tour sparks an upturn in form.

There must be every chance of the European Tour seeing back-to-back winners from California - Kurt Kitayama can follow Austrian Open champion John Catlin into the winner's enclosure.

Kitayama has battled his way back into the world's top 100 thanks to a fast start to this year, finishing 35th in Abu Dhabi, 20th in Dubai, 12th in Saudi Arabia, ninth in Qatar and second in the Kenya Open. A share of 15th place on Sunday in Austria, where he closed with a 69, was another decent effort from a player strongly threatening a third European Tour title.

Kitayama's previous two victories highlight his suitability to this week's assignment. He won the Mauritius Open at the end of 2018 - an island venue with similarities to Meloneras - then he triumphed in the 2019 Oman Open. The course in Oman has paspalum grass - a type not used at many tracks - and Meloneras is also made of paspalum.

The Oman success also showed off Kitayama's comfort in a breeze and the last tournament staged on paspalum saw him finish 12th in the high-class company of the Saudi International. The form from Kenya is also noteworthy - that layout and this week's one both include a few driveable par-fours. Kitayama is well equipped to cut them down to size.

The Qatar Masters a month ago was won by Antoine Rozner, who overcame the disadvantage of finding himself on the wrong side of the draw over the first two rounds, and he followed up in style with a barnstorming debut in the WGC-Dell Technologies Match Play.

Rozner beat Bryson DeChambeau and Si Woo Kim in the Match Play, proving that his dependable tee-to-green game can flourish at the highest level, and the rising star of the European Tour was unlucky not to progress from his group.

Rozner has won two of his last seven tournaments and will fancy his chances of making that statistic three from eight on Sunday. He won a Challenge Tour event in Spain in 2019 and was third in the Andalucia Masters last year. Second place in the 2018 Open de Portugal further underlines a liking for this part of the world. And a playoff defeat in the 2019 Mauritius Open provides another pointer towards his hopes of thriving on a breezy island over the next four days.

Calum Hill has won three times on the Challenge Tour and the 26-year-old Scotsman has been strongly threatening main-tour success. He was fourth in the Saudi International in February, which is an extremely eyecatching piece of form when you consider the paspalum grass he was competing on and the strength of the field. Only Dustin Johnson, Tony Finau and Justin Rose defeated him - a trio who would all start favourite if teeing up in the Gran Canaria Lopesan Open.

Hill followed that Saudi effort with eighth place in the Kenya Open and third spot in the Savannah Classic, where he was beaten by just a shot. He recruited experienced caddie, Phil Morbey, prior to the Saudi International - making it a full-time appointment after they gelled so well. Hill appears to be taking his game to a new level and 33-1 seems full of juice this week.

Complete a four-pronged attack with Pep Angles, a power-packed Spaniard who has a great record in his home country. Angles seems to raise his game in Spain and he won a Challenge Tour event in Cadiz in November.

Angles, eighth in the Kenya Open and 33rd on Sunday in Austria, where he closed with a 68 that was bettered by only nine players in the field, finished runner-up in the Open de Portugal last year. It is also worth noting his excellent record in the Rocco Forte Open, which was staged on a similar track, along the coastline of Sicily.

Sam Horsfield
The Florida-based powerhouse improved once the temperatures rose in Austria at the weekend. He has returned from a back injury in fine fettle. He won the 2017 Q School in Spain and seems a likely title contender this week.

Garrick Higgo
The South African left-hander finished fourth in Austria on Sunday, further bolstering his reputation as one of the most promising youngsters on the circuit. His maiden European Tour title came in Portugal.

Andy Sullivan
The Midlander should enjoy the relatively straightforward nature of Meloneras. He won the Portugal Masters in 2015 and was runner-up the following year.

Justin Harding
The Kenya Open champion, who demolished the driveable par-fours there, plays well in the wind and could easily be a factor if the breeze gets up in Gran Canaria.

Sean Crocker
The Zimbabwe-born American has been swinging with great confidence and should contend for a maiden Tour title if he can find some putting form.

Nicolai Hojgaard
The Dane finished strongly in Austria for seventh place, finally ending a week in front of his more successful brother Rasmus, and Nicolai may have turned a corner with his game.

Course overview Designed by Ron Kirby on the south coast of Gran Canaria and opened in June 2006, the course hosted the 2007 Spanish PGA Championship. A 2019 upgrade has prepared it for its European Tour debut this week. The front nine is inland and hilly with fairways lined by dozens of palm trees, but the back nine runs directly along the clifftops overlooking the Pasito Blanco marina, with spray felt from the Atlantic Ocean. The ninth hole, typically a par-five for the members, becomes a par-four for this event. There are ten par-fours, five par-threes and three par-fives. The tenth, 14th and 16th are driveable par-fours given favourable conditions. The course has paspalum grass, with firm, undulating greens. This is the first European Tour event in the Canary Islands since 2005

Weather forecast Sunny throughout, with temperatures in the low 20s. Relatively calm mornings followed by breezy afternoons, forecast to peak at 18 mph on Thursday

Type of player suited to the challenge This is a short track, with only three par-fives, but three of the par-fours are driveable and power will come in handy. Accuracy, though, and an ability to handle a breeze are probably the most important assets