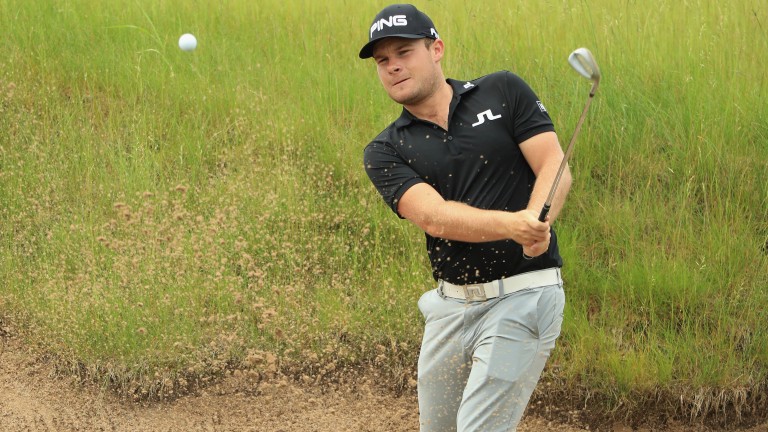 Tyrrell Hatton has a strong record at Bay Hill
Andrew Redington
1 of 1
By Steve Palmer UPDATED 10:59AM, MAR 3 2021

Golf tips, best bets and player analysis for the Arnold Palmer Invitational at Bay Hill on the PGA Tour.

William Hill are offering eight each-way places on the Arnold Palmer Invitational. Sign up and bet £10 to get £30 in free bets

Tiger Woods has won eight of the last 21 editions of the Arnold Palmer Invitational - and the thankfully living legend has probably set Bay Hill records which will never be beaten - but in recent years it has been non-Americans dominating at the famous Florida venue.

The last five winners of the Arnold Palmer Invitational have been two Australians, a Northern Irishman, an Italian and an Englishman, and that trend could be set to continue in the Sunshine State over the next four days.

Only two Americans - Woods and Matt Every - have won this event since 2006. Rory McIlroy, the 2018 champion, is clear favourite for this week, but he admitted in interviews after the WGC on Sunday that he is uncomfortable with his swing, missing both ways. McIlroy has a strong Bay Hill record, but is on a long losing drought and does not appear to represent any value.

Bryson DeChambeau will hog the early spotlight as he has suggested he will attempt to drive the green at the 589-yard par-five sixth hole, which requires a carry over water of about 360 yards. Albatross putts seem unlikely and the American looks plenty short enough in the betting.

The defending champion can retain his crown on Sunday and confirm his status as one of the best players in the world. Tyrrell Hatton showed enormous guts to overcome brutal conditions and immense pressure to make his PGA Tour breakthrough in the Arnold Palmer Invitational 12 months ago - and the Buckinghamshire boy relishes the Bay Hill layout.

Hatton finished fourth on his Bay Hill debut in 2017, beaten by only two shots, then nobody outscored him in round three of the 2019 edition. That early fondness of the track turned into glory last year when he repelled Marc Leishman and others to continue the streak of international success in Orlando.

Hatton started this year with a four-shot victory in the Abu Dhabi Championship, destroying McIlroy in a Sunday duel, then sixth place on his debut in a high-class Saudi International last month provided further encouragement. He took a much-needed breather after that, returning last week and swinging well for 22nd place in the WGC at The Concession, closing with a 69 which was bettered by only seven players.

Hatton has successfully defended a title before - the Dunhill Links Championship in 2017 - and he has nobody to fear in the Bay Hill line-up. If he maintains his long-game form from last week and his chipping form returns to its standard level, tenacious Tyrrell could be the man to beat.

An English one-two seems entirely feasible, with Paul Casey also looking set to build on a lucrative European Tour Middle East Swing. Casey won the Dubai Desert Classic by four shots and has finished in the top 12 in all four of his 2021 starts.

A share of fifth place in the Pebble Beach Pro-Am last time out has been followed by a period of rest - Casey skipped the WGC to keep himself fresh for Bay Hill and Sawgrass - and the cheerful Surrey man seems a likely API contender. He lies second in the PGA Tour's total driving statistics, which should give him confidence heading to the aqualand of Bay Hill.

Two of Casey's three PGA Tour triumphs have come in Florida - on the tough set-up for the Valspar Championship - and his ball-striking class can be shown to great effect at Bay Hill as well.

Complete a three-pronged attack of international raiders with Christiaan Bezuidenhout, a PGA Tour maiden who has quickly shown a liking for difficult Florida layouts. The South African opened with a 65 on his Players Championship debut last year to tie for second place after round one, before the tournament was cancelled amid the start of the coronavirus crisis.

Prior to Sawgrass, Bezuidenhout made his Stateside debut in the 2020 API, getting into contention and positioned fourth going into the final round. A Sunday pairing with McIlroy added to the tension and the youngster dropped to 18th place after carding a 79 in the strong winds, but it was still a magnificent 72-hole performance given his lack of experience.

Bezuidenhout has since put in a series of solid Stateside shifts, then was dominant in the South African Swing of the European Tour just before Christmas, winning two tournaments convincingly. After four decent rounds for 32nd place in the WGC last week, this rising star is a mouthwatering each-way option at juicy prices.

Viktor Hovland
The Norwegian youngster, who tied for second place in the WGC on Sunday, continues to impress. Post-round comments about a dislike for Florida courses, though, and a Bay Hill record of 40-42, are off-putting.

Sungjae Im
The Korean, third at Bay Hill the last two years, loves this assignment and should be a serious title contender if his putter behaves.

Matthew Fitzpatrick
The Sheffield lad has been consistently solid, knocking loudly on the door of a PGA Tour breakthrough, and Bay Hill is a better chance than usual for the 2019 API runner-up.

Patrick Reed
The Torrey Pines champion, ninth in the WGC on Sunday and consistently impressive, could be the American most likely to end the streak of international success at Bay Hill.

Max Homa
The Genesis Invitational champion, full of form and confidence, was 24th at Bay Hill last year and will expect to better that result this time.

Francesco Molinari
The 2019 champion seems to be slowly but surely finding his A-game again after a period in the golfing wilderness. The Italian must be considered.

When to bet By 12pm Thursday

When to watch Live on Sky Sports Golf from 12pm Thursday

Course overview Bay Hill has hosted a PGA Tour event every year since 1979 and this tournament has been played as the Arnold Palmer Invitational since 2007. Palmer made significant changes to the track before the 2010 edition, so form prior is of little relevance, and he widened the fairways in 2015, resulting in lower scoring. Two of the par-threes (the 234-yard second and the 220-yard 17th) are tough, water is in play on several holes and there are lots of doglegs. The fifth (375-yard par-four), 13th (378-yard par-four) and 16th (501-yard par-five) are great birdie opportunities

Story of last year Tyrrell Hatton battled his way to a maiden PGA Tour title, carding a four-under-par 72-hole total, ending as one of only four players to finish under par

Weather forecast Sunny with gentle breezes for the most part, but a few showers are expected late on Saturday and winds of 15 mph are forecast for Sunday

Type of player suited to the challenge Palmer took the bite out of Bay Hill from 2015 to 2018, with the rough hacked away, and the average winning score was 16.25 under par. In 2019, though, there was more length to the rough and the greens were quick, allowing Francesco Molinari and Matthew Fitzpatrick, two of the tidest players on the planet, to make merry, then it was even tougher in blustery conditions last year. There is plenty of water to trouble the competitors and greenside run-off areas demand sound scrambling, so it is probably wise to side with accurate operators