Consistent Patrick Reed may emerge as best of the American challengers 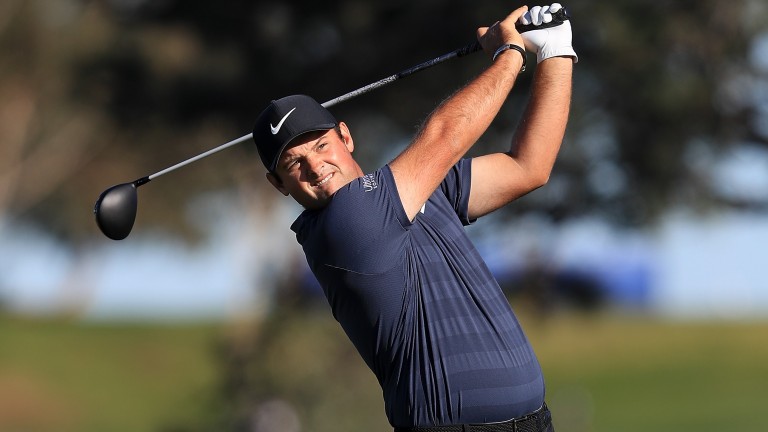 The last three winners of the Arnold Palmer Invitational - Rory McIlroy, Francesco Molinari and Tyrrell Hatton - have been grouped together for the first two rounds of the Bay Hill gathering.

The European trio will tee off at 8.06am local time (1.06pm UK and Ireland), with sunny, calm weather expected for Orlando throughout round one. Bryson DeChambeau, Jordan Spieth and Justin Rose will follow behind the marquee morning match, while Viktor Hovland and Patrick Reed tee off much later.

Much of the early talk at Bay Hill has been about DeChambeau and his plans to drive the par-five sixth hole, which requires a carry over water of about 360 yards, and Coral and Ladbrokes have chalked up 20-1 about somebody carding an albatross this week. If anybody does, it will probably be DeChambeau, but the gung-ho tactics could equally result in the destruction of his score - and the top-American favourite is readily opposed with Patrick Reed.

DeChambeau rightly enjoyed great acclaim for his runaway US Open success in September, but only four of his last ten tournaments have resulted in a top-20 finish and he has missed two cuts. Reed has been much more consistent, winning the Farmers Insurance Open by five shots at Torrey Pines in January and posting seven top-15 finishes in his last ten events.

Jordan Spieth fans have been getting excited about him contending in the Phoenix Open and the Pebble Beach Pro-Am, but loose driving has been a feature throughout and he is unlikely to get away with that amid the numerous water hazards of Bay Hill.

DeChambeau and Spieth are in the same threeball for the first two days, and the third member of that group, Justin Rose, represents value as the outsider of the party.

Rose, recently reunited with his old coach Sean Foley and second in a high-class Saudi International last month, used to live in Orlando and knows Bay Hill well. He has been runner-up once in the API and twice finished third.