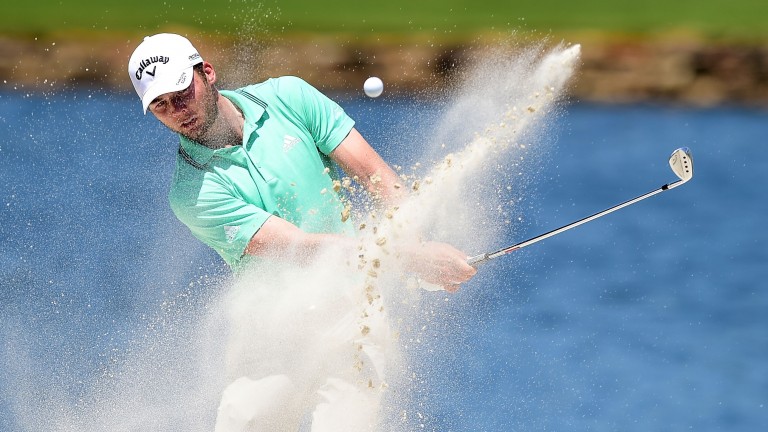 Golf tips, best bets and player analysis for the 3M Open at TPC Twin Cities on the PGA Tour.

There has probably never been a tournament for which the ante-post favourite carded back-to-back rounds of 80 to miss the cut by 13 shots in his previous event, but that is the curious situation Dustin Johnson has provided for the 3M Open.

Johnson, who won the Travelers Championship at the end of last month, followed up with a 16-over-par stinker in the Memorial last week. The former world number one is a mercurial talent who can go from the sublime to the ridiculous, so anything could happen on his 3M Open debut.

Even at the short price, Johnson is arguably more appealing for the TPC Twin Cities shootout than his pal Brooks Koepka, who has shown precious little post-lockdown form. Not long ago, Koepka was the dominant force in the sport, but he has quickly slipped to sixth in the world rankings.

TPC Twin Cities appears to favour attacking powerhouses who often carry a sizzling putter – and that is a dreamy set-up for rising star Sam Burns. Injuries have hindered his PGA Tour career, but talent-wise the 23-year-old Louisianan is not far behind any of the circuit's young guns, and the 3M Open seems a perfect opportunity for him to demonstrate this.

Burns, a strapping six-footer who turned professional in 2017, averages 311 yards for driving distance and is always prominent in the putting statistics. It is a deadly combination for forgiving layouts like TPC Twin Cities.

Burns has come unstuck at tougher tracks – he can be too loose from tee to green – but his performance last time out at Muirfield Village was hugely encouraging. He was the third-longest driver, but was also 14th for strokes gained on approach, and had the same ranking for greens in regulation. That share of 17th place in the Workday Charity Open signals a title tilt in Minnesota.

Burns won his only Korn Ferry Tour title with a 21-under-par total, the same score Matthew Wolff needed to become 3M Open champion 12 months ago, and low-scoring tracks suit both of these aggressive sluggers. To win that 2018 Savannah Championship, Burns birdied each of the final three holes to edge home by a shot, so punters know he has plenty of bottle.

Lockdown afforded the chance to cure the niggles which have blighted his pro career and form figures of MC-24-30-17 since he returned to action suggest he is building to something special. He finished seventh in the inaugural 3M Open last year, closing with a 64, and can put his name on the leaderboard again this week.

The defending champion will not arrive under the radar this year, but the extra spotlight will probably not stop Matthew Wolff showing off his skill. The way he closed with a 72nd-hole eagle to pip Bryson DeChambeau last year was the stuff of legend, earmarking Wolff as a superstar in the making.

The 21-year-old has been inconsistent since, but that does not matter. That is the way Wolff operates – and when he is on his game, overwhelming courses with his power, silverware is under threat. It seemed like a second victory was coming in the Rocket Mortgage Classic at the start of this month, but a poor start to the final round meant he had to settle for the runner-up cheque behind DeChambeau.

A nine-hole charity scramble match on Wednesday alongside Paul Casey, Tommy Fleetwood and Will Gordon may not seem ideal preparation, but Wolff is a hugely sociable character who loves this sort of event, and it will seem like child's play compared to his May skins match with Rory McIlroy, Dustin Johnson and Rickie Fowler. Jon Rahm played a nine-hole charity match prior to the Memorial and it certainly failed to do him any harm, so Wolff can follow the example.

Norwegian golf has never been in a better place and although Viktor Hovland has rightly been hogging most of the attention, his compatriot Kristoffer Ventura is also a serious talent who can win PGA Tour titles.

Ventura was born in Mexico, but moved to Norway when he was 12, eventually returning across the Atlantic to play for Oklahoma State University. Hovland was a teammate at Oklahoma, as was Wolff, and Ventura could follow his pal on to the 3M Open honours board.

The 25-year-old won twice on the Korn Ferry Tour last season, before making a slow start to life on the PGA Tour. Lockdown came at a good time, allowing Ventura to hit the reset button and work on his swing, and his form since returning has been eye-catching. He started with results of 4-49 in two Korn Ferry outings, then four solid rounds for 21st place in the Rocket Mortgage Classic, before eighth spot last time out in the TPC San Antonio Challenge on the KFT.

This birdie machine looks made for TPC Twin Cities, while Luke List is another powerhouse who could make merry. The 35-year-old, twice a PGA Tour runner-up and twice a third-place finisher, has been threatening a breakthrough over the last few seasons. He lost a 2018 Honda Classic playoff to Justin Thomas.

List won the first post-lockdown Korn Ferry Tour event – his second success on that circuit – and two solid PGA Tour efforts since have suggested he is worth following. He was alongside Ventura in 21st spot after the Rocket Mortgage and last time out he shared tenth place in the Memorial. List is inconsistent but full of ability – underlined by sixth place in the 2019 US PGA – and he can be a factor in a field lacking strength in depth.

Will Gordon
The rising star finished third in the Travelers Championship and could take a similar shine to this event.

Erik van Rooyen
The South African went to college in Minnesota and knows TPC Twin Cities well, so has a better than usual chance of PGA Tour success.

When to watch Live on Sky Sports Golf from 2pm Thursday

Time difference Minnesota is six hours behind the UK and Ireland

Course overview TPC Twin Cities, just north of Minneapolis, opened in 2000 and has hosted events on the Champions Tour since 2001. It was upgraded prior to its PGA Tour debut last year for the inaugural 3M Open. The Arnold Palmer design, for which Tom Lehman acted as a consultant, features mature oak and spruce trees lining the fairways. It is a suburban development, framed by houses. The roundbellies made mincemeat of it, with scores of 60 recorded by both Paul Goydos and Kenny Perry. David Frost was 22 under par for three rounds in 2010. And last year the PGA Tour stars did likewise. A 62 was shot every day and Matthew Wolff reached 21 under par. Water is in play on half the holes, while the greens are bentgrass, large and undulating. There are three par-five holes– the sixth, 12th and 18th – which are all just under 600 yards apiece, and four par threes

The story of last year Bryson DeChambeau eagled the final hole to take the clubhouse lead, but a short while later Matthew Wolff made an eagle of his own to leapfrog DeChambeau and claim a maiden PGA Tour title

Weather forecast Warm and getting hotter every day, with a thunderstorm threat for Sunday. Light to moderate breezes throughout, with Friday and Saturday staging the windiest rounds

Type of player suited to the challenge The seniors found this course a doddle on the Champions Tour and it was the same story on the PGA Tour 12 months ago. Attacking players carrying a hot putter should thrive