Stephens' quality should help her to survive hard opener

Latvian Sevastova is seldom an easy opponent to shrug off 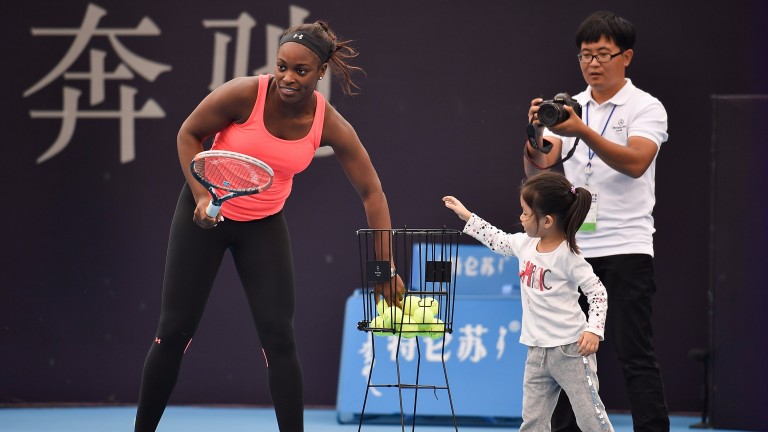 Sloane Stephens has been basking in the glory of her US Open win
Etienne Oliveau
1 of 1
By Adrian Humphries 7:00PM, OCT 31 2017

Sloane Stephens faces a tough test of her WTA Elite Trophy Zhuhai title credentials in her tournament opener against Anastasija Sevastova, but it's one the American should win if she harbours serious hopes of taking the China title.

Stephens has been pretty quiet since her stunning US Open triumph in September, which came just a few months after returning from an 11-month layoff due to a stress fracture in her left foot.

She worked hard on her recuperation and that paid off when she collected her first Grand Slam crown in New York, one she fully deserved.

Sevastova is seldom an easy opponent to shrug off and few players defeat the Latvian easily, so Stephens should expect to toil for an opening win.

But in terms of class, Stephens is the pick and it will be disappointing if she cannot find a way to triumph.

Anastasia Pavlyuchenkova, who who beat Angelique Kerber 6-3 3-6 6-2 on day one, faces a tough clash against Ashleigh Barty, who has come of age this year. The Australian's run to the final of the Wuhan Open in late September makes her a danger to anyone.

In the ATP Paris Masters, Julien Benneteau will be keen to do well in his last Paris-Bercy event but his fellow Frenchman Jo-Wilfried Tsonga still has an outside chance of making the ATP Finals.