Stephen Maguire could have the measure of improving Saengkham

Glaswegian has already seen off Chinese aces Bingtao and Yuelong 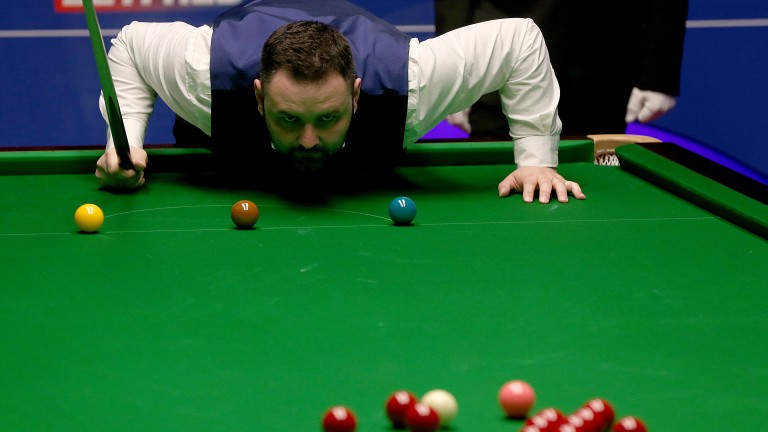 Stephen Maguire has his sights set on a place in the last four
Nigel Roddis
1 of 1
By Adrian Humphries UPDATED 1:07PM, OCT 19 2018

Noppon Saengkham has been playing well in the English Open, but the improving Thai may still struggle to keep tabs on quarter-final opponent Stephen Maguire if the Scot continues to find the form he's been showing in Crawley this week (7pm start).

Maguire is generally available at 4-7 to progress to the semi-finals of the first of the Home Nations tournaments, but rather than take those odds which offer little appeal it may be wiser to chance the seasoned Glaswegian to successfully concede a start of 1.5 frames to Saengkham.

The Thai was underrated by the oddsmakers even before he started to step things up last season, and the quality he's been producing early in the 2018-19 campaign - he compiled breaks of 47, 100, 74, 114 and 60 in ousting Yuan SiJun 4-1 in round three - means Saengkham merits plenty of respect.

However, Maguire is no stranger to dominating the table himself. His breaks have not been as high as Saengkham's but he has still seen off Yan Bingtao and Zhou Yuelong, two of the better young Chinese players, with some consistent scoring around the 40-80 mark.

Ronnie O'Sullivan, who was biggest at 4-1 to retain the title before the English Open started, is no better than 5-6 before his last-eight clash with Luo Honghao.

Ryan Day, who meets Mark Davis, is 7-1 second favourite while Stuart Bingham, who takes on Essex rival Ali Carter, is 8-1. Carter and Maguire are 11-1 then it's 18-1 bar five.