Stephen Gallacher could cause an upset as the going gets tough

Wind and rain expected for final round 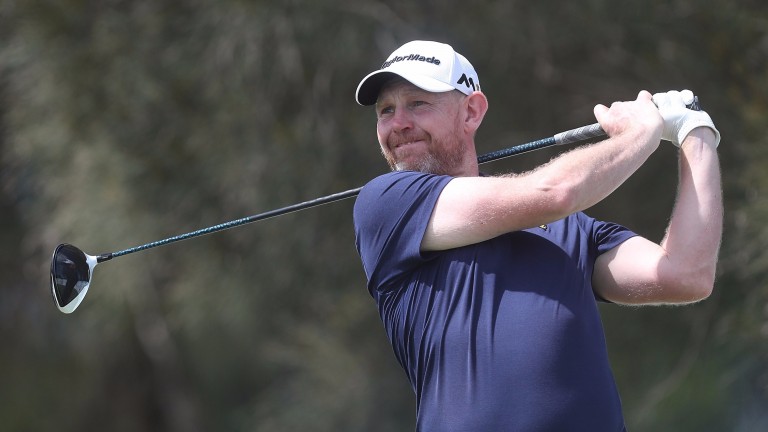 Stephen Gallacher is only three shots behind
Chris Hyde
1 of 1
By Steve Palmer UPDATED 9:41AM, OCT 7 2018

The theory that the Dunhill Links competitors who featured in last week's Ryder Cup would be too mentally drained to apply themselves properly in the Dunhill looks extremely foolish after 54 holes of action in Fife.

Tyrrell Hatton and Tommy Fleetwood, the two members of Team Europe teeing up in the Dunhill, are first and tied third with 18 holes to play, while Brooks Koepka and Tony Finau of Team America are seventh and 20th.

Hatton is chasing a third consecutive Dunhill title and has continued his love affair with the tournament. He is a total of 61 under par for his last 11 rounds in this famous Pro-Am. The Buckinghamshire boy heads to St Andrews for the final round with a one-shot lead over Marcus Fraser and a further two-shot buffer over Fleetwood and Stephen Gallacher.

Hatton, a best-price 16-1 ante-post, is no bigger than 10-11. Fleetwood is 7-2 to overcome his three-shot deficit and claim a first Dunhill victory.

Final-day advice
Drizzle and strong breezes are forecast for the final round at St Andrews, so Tyrrell Hatton will need to dig deep if he is to pull off the Dunhill hat-trick.

Birdies are typically plentiful at the Home of Golf, but not when the wind is howling, and bogeys can be expected on every scorecard for round four.

Hatton is clearly the most likely winner and proven down the stretch at St Andrews, but his in-running price reflects his ante-post one. The pre-tournament 16-1 was no more than fair, and the same can be said of the 10-11 on offer with a round to go. It is obviously no secret how much he loves this event.

A chunk on Hatton is a perfectly acceptable option for his biggest fans, but a better value option may be an each-way wager on Stephen Gallacher at 16-1. Of all the potential Hatton-slayers, Gallacher looks the one over-priced.

The wily 43-year-old Scot will be licking his lips at the Sunday forecast. Gallacher has always been a master at handling rough weather, and the wetter and wilder, the better his hopes of grinding his way to victory. His maiden European Tour triumph came in the 2004 Dunhill Links Championship and punters should not rule out a second success 14 years later.

Gallacher has won two Dubai Desert Classics since his Dunhill glory, as well as representing Europe in the 2014 Ryder Cup, and there is no reason why this crisp and consistent ball-striker should not, at least, retain his position on the leaderboard.

Bookmakers are paying to three places and Gallacher, who has improved his score each day (71, 68, 66) and carded a bogey-free round at St Andrews on Saturday, has every chance of filling one of them. He was six under par for his final 13 holes of round three, carding seven consecutive threes around the turn.

Gallacher is only three shots off the lead and looks the man most likely to upset Ryder Cup stars Hatton and Tommy Fleetwood.